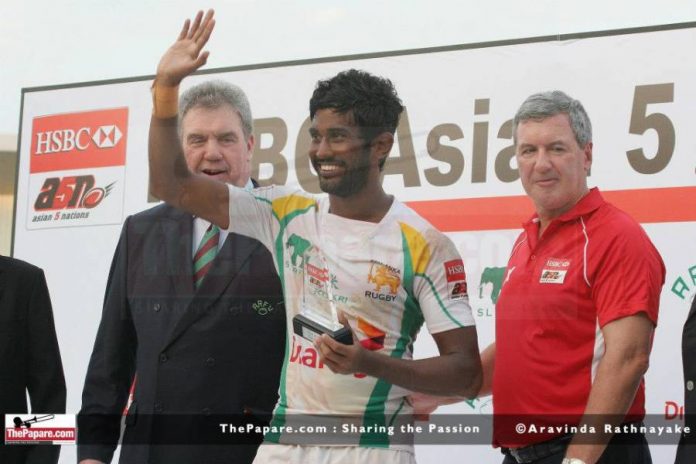 He may not be the biggest man on the field, but his big and brave heart has made him one of the most versatile and three-dimensional players in Sri Lanka.  By some way or the other, Rizah Mubarak has been amongst the top performers for the Sri Lankan Tuskers for over a decade, slotting in the two and three pointers whilst also scoring a few remarkable tries.

Having been a ‘complete player’ and a household name in the Rugby fraternity, the former Isipathana College, CR & FC, Police SC, Havelock SC and Sri Lanka fullback, Rizah Mubarak has officially retired from the oval-ball game following the conclusion of the Dialog Rugby League and the cancellation of the Knockout Tournament. He made it known that this would be his swansong year at the beginning of the league, and made it official after stating a few words to his fans and the local rugby community about his decision earlier last week on ThePapare.com’s Rugby Show ‘What The Ruck’. With the decision already having been made to step out of the game as a player, the nippy fullback will continue to stay in the game as a Coach and hopes to produce quality players in the future.

Mubarak, who first represented Isipathana College in Football, was introduced to Rugby in 2005 after he was spotted kicking the ball very accurately. The next thing you know, Mubarak was a vital cog in the wheel that ran the Green Machine for the next two years that followed.

After representing the Junior Tuskers in his final year as a schoolboy Rugby player, Rizah made his Inter-Club Division I debut wearing the Red Jersey. He managed to secure a permanent position in the CR &FC outfit, which allowed him to make Longdon Place home for the next four years. 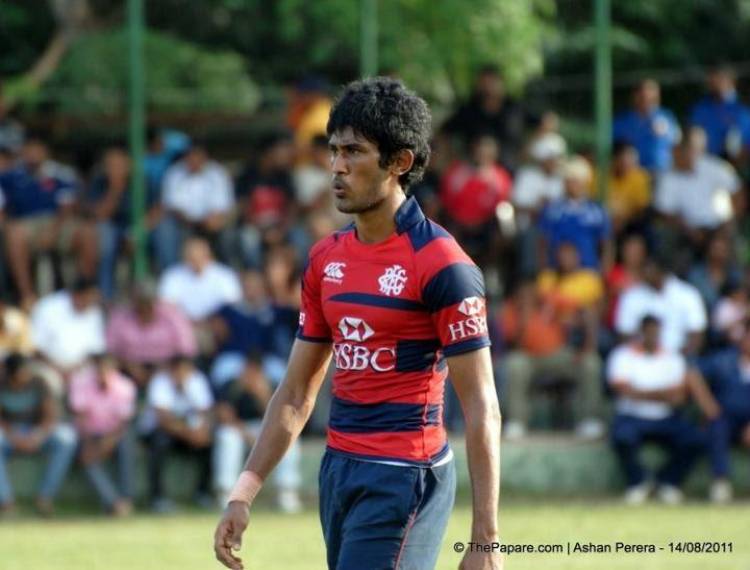 Later on in 2013 he played for Police SC and then Navy SC, until he switched to Havelock SC in 2017. By this time, Mubarak was among the senior men who the juniors looked up to. He was a well-groomed and experienced campaigner who had represented Sri Lanka at numerous international tournaments.

One of his most unforgettable outings with the National Tuskers was the Asia Five Nations back in 2012. The following year, he was adjudged the “Most Valuable Player” of the Division 1 Asia Five Nations Tournament and also won the award of being the “Most Promising Player”, all whilst stealing the spotlight as the top point-scorer of the tournament. His great form continued in the Serendib Cup, another mega event that Sri Lanka took part in where Mubarak ended up as the top point-scorer yet again. 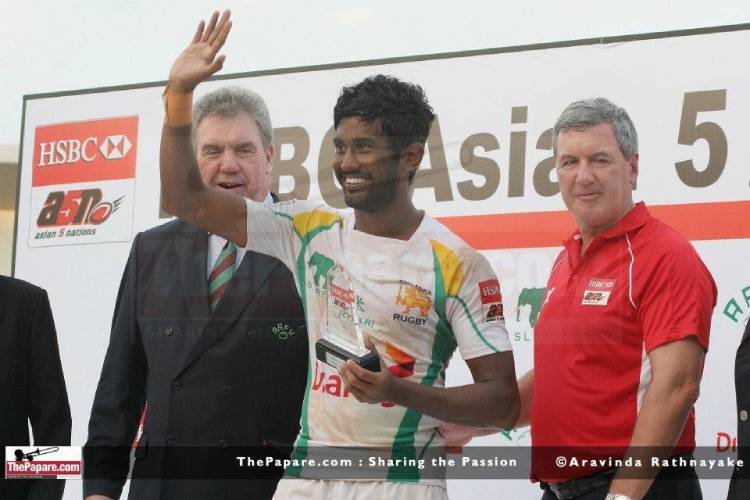 He joined Havelock SC in 2017 and dominated the back line of the Park Club for 2 years, scoring tries, slotting in kicks and winning games for the men in pink. He was the top point-scorer scorer for the Havies last year as well, and managed to win his first ever Clifford Cup Trophy after longing for it for over 7 years

Rizah Mubarak has always been a consistent pick for the Sri Lanka Rugby selectors in both the shorter and longer formats of the game. However, with over 10 years of domestic, national and international Rugby experience, Mubarak has decided that it is time he rendered his services towards the sport by paying it forward in a different capacity to being a player.

Having worked with Royal College and currently as the Backs Coach of Isipathana College, Mubarak aims to build his way up in becoming a leading coach and produce many great players for the Sri Lankan Rugby circuit.

Speaking to ThePapare.com, Mubarak had this to say;
“Whatever you do in life, just give it all you’ve got, because if you don’t you are just wasting everyone’s time. Enjoy the game and stay humble. Don’t lose yourself in the midst of wins or losses; integrity is everything. When I decided to hang my boots, I realized it’s not about the trophies I’ve won, but the friendships I’ve made. So thank you Rugby, for everything.”

On that note, we at ThePapare.com along with the entire Rugby community would like to thank Mubarak for not only entertaining and amusing us with his skills, but especially for rendering his services to the country and the oval ball game. We wish you nothing but the best for your future endeavours.