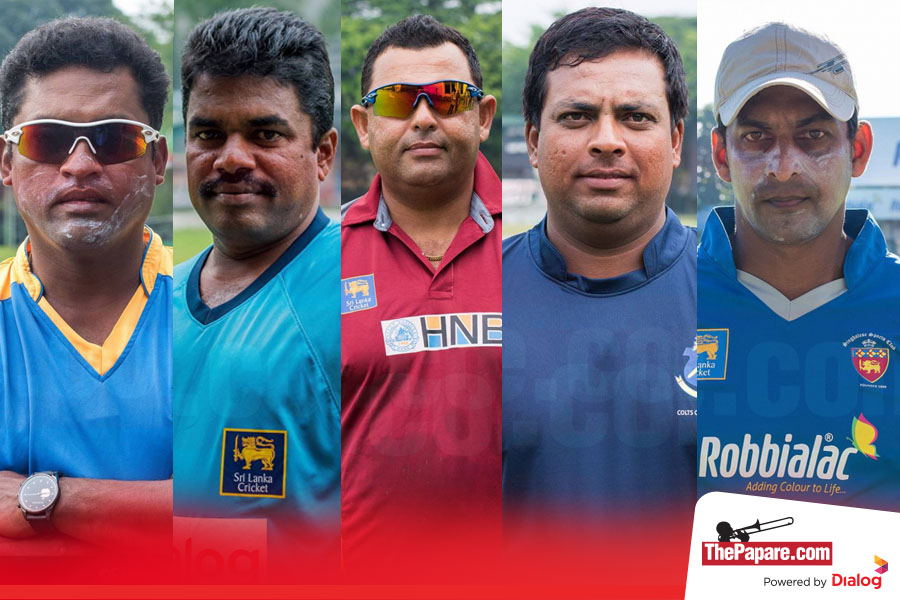 The SLC Premier League Tournament for the 2016/17 season is all set to begin this Friday and let us take a look at the men behind the scene who take charge of their respective clubs in the ‘Tier A’ segment.

An expert of 132 first class matches and an exceptional all-rounder, Wanasinghe will be looking to guide Army both with bat and ball towards glory. Wanasinghe was at the helm at Army SC last season as well when Army won the Premier T20 tournament and will look to match or even better his past tenure.

The 37 year old was the head coach at Ragama CC for the past few years and recently molded the Dimo outfit as well.  Dilruk has plenty of accurate methods in coaching and will look to put all his energy to achieve his new assignment, take Badureliya towards a championship.

He successfully guided BRC to the top tier winning the Emerging Tournament last season. 43-year old Sri Lanka cap has played in all three formats and has vast first-class experience. If needed, De Saram might play a few matches as well. He coached/played for BRC during the recently-concluded BRC Sixes 2016 which they won after a lapse of 20 years.

A talented fast-bowling all-rounder during his peak, Jayawardene had two stints playing first-class cricket in Sri Lanka, one from 1989 to 2002 and the other from 2005 to 2007. He represented Malaysia in 2003 and 2004 and has vast coaching experiences in Malaysia.

With 3 ODI’s to his name and over 285 first class wickets in 126 first class games, Muthumudalige Pushpakumara will look to add his experience of his playing years to his coaching career. Known as ‘Muthu’ the off spinner will look to take his long serving club Colts towards glory this term.

Having been with Galle CC last season, Sajeewa will know the strengths and weaknesses as he looks to nullify the weaknesses and go towards glory being both the captain and coach this season. With over 1000 domestic wickets and a couple of ODI’s under his belt, Sanjeewa will look to use his experience to steer the Galle CC ship.

40-year old former Moors all-rounder has had stints coaching in England county leagues and will coach his former club for the first time this season. He has yielded 6500 first-class runs and more than 300 wickets during his playing days.

Having never been able to break through to the Sri Lankan National side in the 90’s, the left-handed top order bat remains at the helm of the coaching module at NCC. With over 190 first class matches and 10,000 first class runs under his belt Fernando has all the expertise to take NCC towards glory this season.

He had a successful stint as a player for MAS Unichela during the mercantile cricket season. He has previously coached Goa Cricket Association and earlier this year was appointed as the head coach of Ragama Cricket Club. One of the most talented leg-spinners ever produced in Sri Lanka, Bandara will look to utilize all his experiences for his coaching career.

Having beginning his coaching career while at school, Dinesh has coached many schools such as Lumbini, Mahanama and Thurstan and clubs of the likes of Seeduwa, Raddoluwa, CCC and Chilaw Marians. With a world of experience and having been at Saracens for a couple of seasons, Dinesh will look to take the revamped Saracens outfit from strength to strength this season.

Coaching the strong SSC club for the second consecutive year, Wijekoon will be aiming for silverware this season. With a vast experience of over 170 first-class matches and 145 list A matches, Wijekoon will have to find a way to minimize the damage of not having the senior players for most of the season.

A former player and coach at SSC, Kapila continues as the head coach from last season at Tamil Union. A man with many years of experience in coaching will be looking to take the defending league champions, Tamil Union to new heights this season.

*The tournament was postponed by a week due to rain as announced by SLC on 24th November.