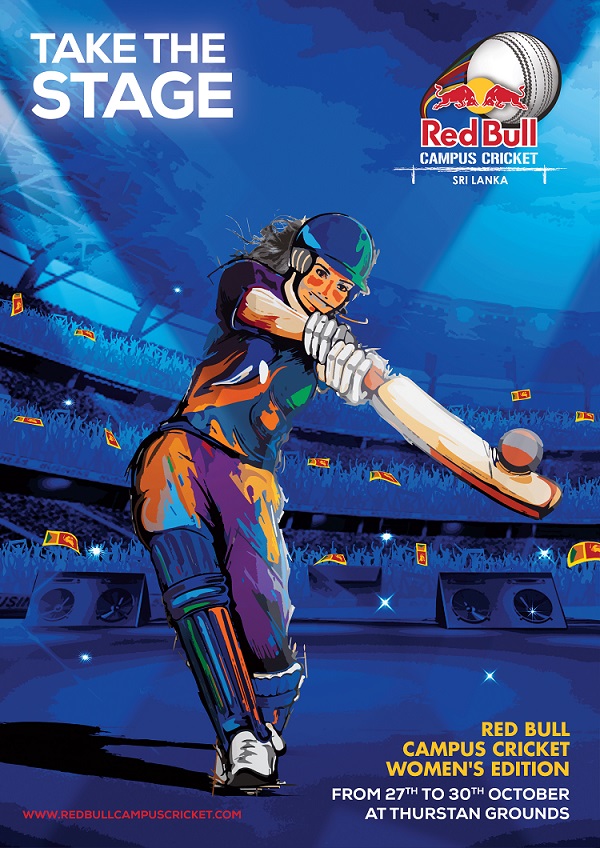 Red Bull athlete and Sri Lanka Women’s cricket team captain Chamari Athapaththu has been a vocal advocate for the growth of women’s sport in the island. Her movement #BigGirlsCan which was addressing barriers faced by sportswomen was an inspiration and Red Bull Campus Cricket Women’s Edition is an amalgamation of what she initiated.

Red Bull Campus Cricket is a T20 tournament organized for university students, providing a platform for youngsters to pursue their sporting dreams while also not having to sacrifice their education.

Having been launched in 2012, the tournament has seen many players who went on to represent their national teams compete in the 9 previous editions of the Men’s tournament. This year, Red Bull hopes, by organizing a Women’s Championship for the very first time, that they may promote the sport further and bring much needed excitement and attention to the women’s game in Sri Lanka. This is also the first stage in Red Bull’s plans to conduct a World Finals as well.

The competition, scheduled to be held on the 27th, 28th 29th and 30th of October, will see three days of exhibition matches and a national final on the 30th. Esoft Metro Campus, National Youth Corps, Sky Academy and Wadduwa Central will be the four teams vying for glory at the championships this time around.

This project is part of Red Bull’s long-standing commitment to providing a platform for young and aspiring female cricketing talent, thereby Red Bull is giving Wiiings to aspiring professionals, who, in the past have not had similar opportunities. The final day of action will also be telecasted LIVE on Channel Eye and simulcasted on ThePapare.com from 9 am onwards.