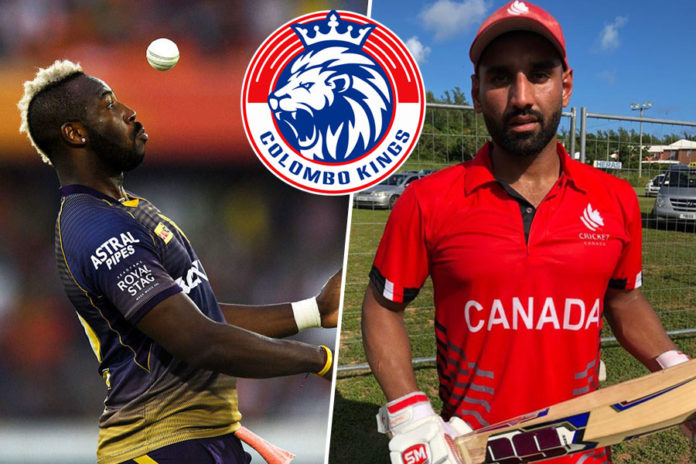 One of the overseas players of the Colombo Kings squad, Ravinderpal Singh has tested positive for COVID-19 after the PCR tests were done in Sri Lanka following his arrival.

Singh was picked for the Colombo Kings squad in the Classic Overseas category on October 19th in the Official player draft for LPL.

Ravinderpal Singh is a Canadian cricketer who is known for his hard-hitting prowess. He also holds the record for being the first player to score a T20I century on debut as he smashed 101 against the Cayman Islands in 2019.

Apart from Singh, few other players who traveled with him on the flight including West Indies super-star Andre Russel have been placed isolation after he was detected with the virus.

Russel is also part of the Colombo Kings squad and other overseas players in the Kings’ squad are Manpreet Gony, Qais Ahmed, Laurie Evans, and Daniel Bell-Drummond.