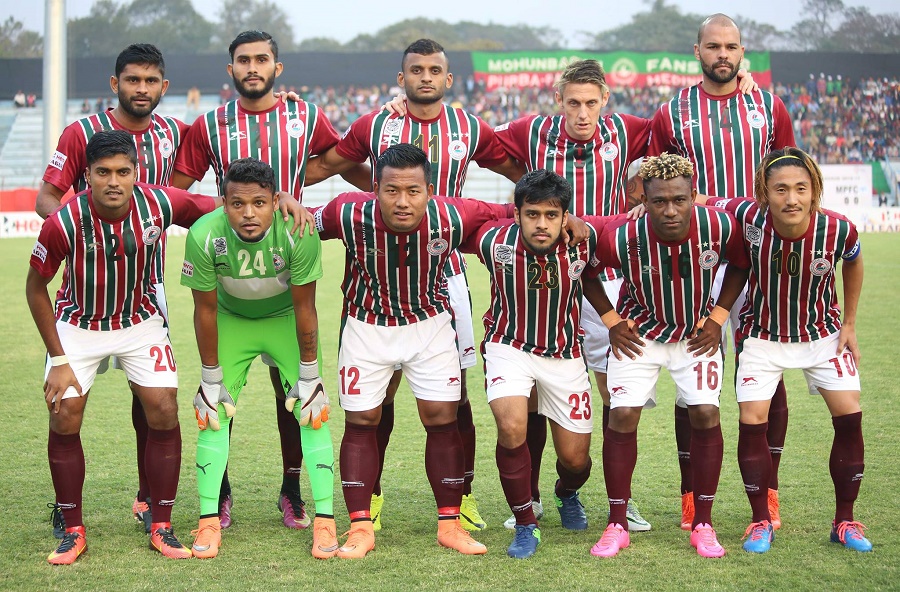 They are one of India’s most successful teams, having won over 240 trophies during their 127 years of existence.

In the recent past the team won the 2014/15 I-League and only narrowly missed out on a repeat performance in 2015/16, finishing in 2nd place behind Bengaluru FC.

They did qualify for the AFC Cup based on that performance and will take on Colombo FC in a qualifier, with the first leg being played on the 31st of January.

Mohun Bagan has got their I-League campaign off to a great start, collecting 13 points from a possible 15. They beat Churchill Brothers (1-0), Shillong Lajong (2-0), Minerva Punjab (4-0) and Chennai City FC (2-1) before playing out a goalless draw with DSK Shivajians, their final game before the qualifier. They currently sit at the top of the I-League.

Mohun Bagan boasts of some of the top Indian talent in the I-League along with some seasoned international players. Some of their players have had exposure to international superstars and top coaches through the ISL franchise tournaments and that has helped further their players’ development.

In defence Brazilian Eduardo Fereira is a key player, having being a regular starter for FC Pune City in the ISL. Their defence has been impressive this season, conceding just once in their opening 5 games.

Colombo FC have risen rapidly through the ranks of the Sri Lankan football scene, emerging champions in the…

In midfield they have 2 of their international stars, Sunny Norde of Haiti and skipper Katsumi Yusa of Japan. Sunny Norde has been a regular in the ISL seasons thus far and has become a key player for both franchise and club. His performances in the I-League last season saw him being awarded the accolade of the Best Player of the I-League.

Up front Indian forward and another ISL star Jeje Lalpekhlua will play alongside Scotsman Darryl Duffy, who has had experience playing for the likes of Hull City, Swansea, Falkirk and Hibs in a long career. Duffy and Jeje have been among the goals this season scoring 4 and 3 respectively in the opening few games.

Coach Sanjoy Sen has opted for a 4-4-2 system for most of their games this season and it is unlikely that he will change the system for this clash.