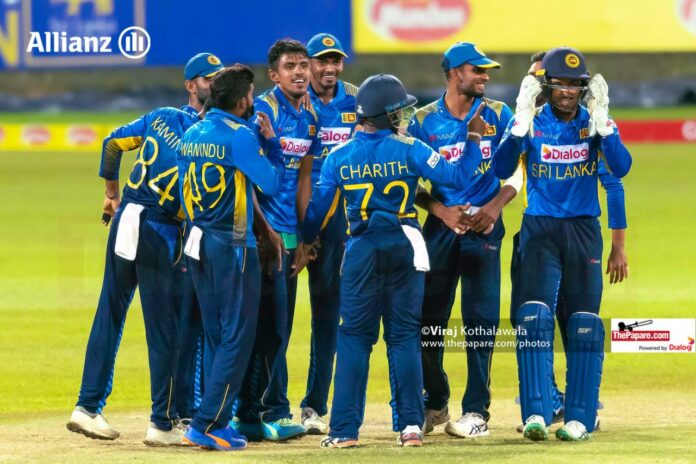 Sri Lanka Cricket (SLC) is all set to announce their 15-member squad for the ICC Men’s T20 World Cup 2021 before the cut-off date, 10th September, set by the International Cricket Council (ICC).

Ahead of the official announcement, ThePapare put on the selector’s hat to pick a probable squad, which could be the most likeliest considering key factors such as form, combinations and potential.

ICC will allow all participating countries to make any changes to their originally named squad, if necessary, until the 10th of October. The ICC Men’s T20 World Cup 2021 will be held in the UAE and Oman from 17th October to 14th November.

Sri Lanka will battle it out with Namibia, Netherlands and Ireland in Group A of Round 1 while Bangladesh will feature in Group B of Round 1 along with Scotland, Oman and Papua New Guinea. Top two teams from each group will advance to the Super 12 stage.

If Sri Lanka and Bangladesh qualify from the first round, they will retain the seedings of A1 and B1 respectively for the Super 12 stage. Therefore, If Sri Lanka qualifies to the main draw, their opponents will be the second-placed team from Group B, Australia, West Indies, South Africa and England.

Core of the Squad

All-rounder Dasun Shanaka will captain the team, with Dhananjaya De Silva as his deputy. Under Shanaka, Sri Lanka has seen a reasonable growth in performance as an unit over the recent past. Shanaka led Sri Lanka to a 2-1 win over India in T20Is in July and more recently, to an emphatic 2-1 win over South Africa in ODIs. De Silva, who could bowl handy off-spin, will be given the duty to play the anchor role in the middle order.

Left-handed wicket-keeper batsman Kusal Perera, who successfully recovered from a shoulder injury before contracting Covid-19, will be the number one option behind the stumps for the islanders in the 16-team tournament. He will be expected to bolster the Lankan batting lineup too.

23-year old, Avishka Fernando will be required to give the blazing starts at the top of the order, while Man of the Series from the South Africa ODIs, left-handed Charith Asalanka provide stability and calmness in the middle order.

The bowling attack will revolve around the ICC world number-two ranked leg-spinning all-rounder Wanindu Hasaranga and speedster Dushamantha Chameera. Both the players were signed up as replacement players by Royal Challengers Bangalore. They will fly to the UAE for the second leg of the Indian Premier League 2021 as soon as the South African T20I series is over. Both Hasaranga and Chameera will be missing the two practice T20 games against Oman on the 7th and 9th of October.

Minod Bhanuka played all three T20Is against India in July but failed to get going in the Dialog-SLC Invitational T20 League until the Final, where he smashed 74 for SLC Greys. Scores of 27 and 7 in the first two ODIs against the Proteas weren’t sufficient to warrant his place as the selectors recalled experienced campaigner Dinesh Chandimal for the 3rd ODI.

Dropping Bhanuka in the third & final ODI suggested that the selectors have given the nod to Chandimal as the backup wicket-keeper batsman in the current setup. With the squad a little light on experience, the selectors will be happy to name former skipper Chandimal in the squad.

Since the retirement of Kumar Sangakkara, Sri Lanka have tried more than half-a-dozen players at the number three position in the past 4-5 years. Still, the islanders have not been able to find a solid number three. For the T20 World Cup, the selectors will bank on either Bhanuka Rajapaksa or Kamindu Mendis to do the job at number three.

Rajapaksa, a free-flowing aggressor, is known for his explosive batting in limited-overs cricket. His comeback to the Sri Lankan setup hasn’t been a great one as the left-handed batsman couldn’t play the India T20Is and Dialog-SLC Invitational T20 League due to an injury and then scored two ducks in the first two ODIs against South Africa last week. However, he is expected to make the squad, purely on his raw ability to provide firepower and clear the rope on any given day.

Rajapaksa was replaced in the 3rd ODI against the Proteas by former Sri Lanka U19 captain Kamindu Mendis, who is renowned for his ambidextrous bowling. However, his main forte is his batting in the middle order. Left-handed Mendis struck three consecutive fifties in the Dialog-SLC Invitational T20 League for SLC Greens, which prompted the selectors to give him another go. With the ability to play as a floater in the batting lineup, Mendis could also make the squad.

Sri Lanka will be looking to unleash plenty of spin on all their opposition in the UAE. The Sri Lankan think-tank will be mindful of the wear and tear on the pitches considering that these venues will host the IPL in September and October before the commencement of the World Cup.

Two young spinners, left-arm orthodox, Praveen Jayawickrama and ‘Mystery’ spinner Maheesh Theekshana are most likely to play their first World Cup. Jayawickrama started off his career earlier this year in the Test arena, picking up 11 wickets on debut against Bangladesh and later found his place in the shorter formats too, while Theekshana was the most recent entrant to the national side, picking up 4 for 37 on his debut ODI against South Africa in the series decider and spinning Sri Lanka to victory.

Akila Dananjaya, despite leaking plenty of runs in his most recent encounters, could well make the squad for his ability to take wickets on pitches conducive for the spinners. Nine years ago, Dananjaya was a part of the Sri Lanka squad in the T20 World Cup in 2012, played at home. Players such as Dhananjaya De Silva, Charith Asalanka and Kamindu Mendis are able part-time spinners and could be called upon to do the job if necessary.

With Chameera set to lead the attack as the spearhead, fast-bowling all-rounder Chamika Karunaratne and left-arm seamer Binura Fernando will be the most likely candidates to fill in the roles of second and third fast bowling options for Sri Lanka in the tournament. Skipper Shanaka could also chip in with some overs as a seam-up option.

With plenty of batters already named in the main squad, ThePapare picked the above four players as travelling reserves, who could help out the main squad in the nets, as bowling options to minimize the workload.