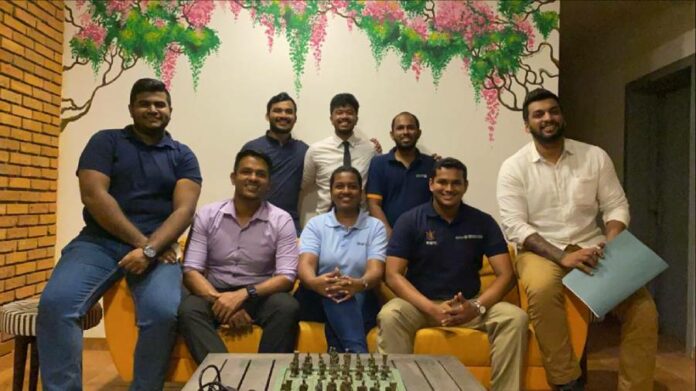 Pro Futsal League (PFL) is a futsal tournament organized by the Rotaract Club of Informatics Institute of Technology (RACIIT).

It is initiated for the first time in the history of RACIIT in order to bring fellow Rotaractors from many Rotaract clubs from all around Sri Lanka, together.

The process of selecting the players in this encounter is rather unique. To make it also a fair play it was decided to have 8 team managers, each members of the district who on the 12th of March selected their players using the allocated points in an auction.

The 8 teams are as follows,

The tournament will take place on the 28th of March 9.00am onwards at Club Fusion, Boralesgamuwa. The encounter will be a league tournament such that, all 8 teams will be playing against one another and be competing for a Grand Prize which they will receive in the awarding ceremony at the end of the tournament.

The sole purpose behind this project is to create fellowship and friendship amongst Rotaract Clubs in the country. Sports generally have a way of bringing people together, creating a sense of togetherness and currently as the teams are preparing, keeping their eyes on the prize, we see our objective already being accomplished.