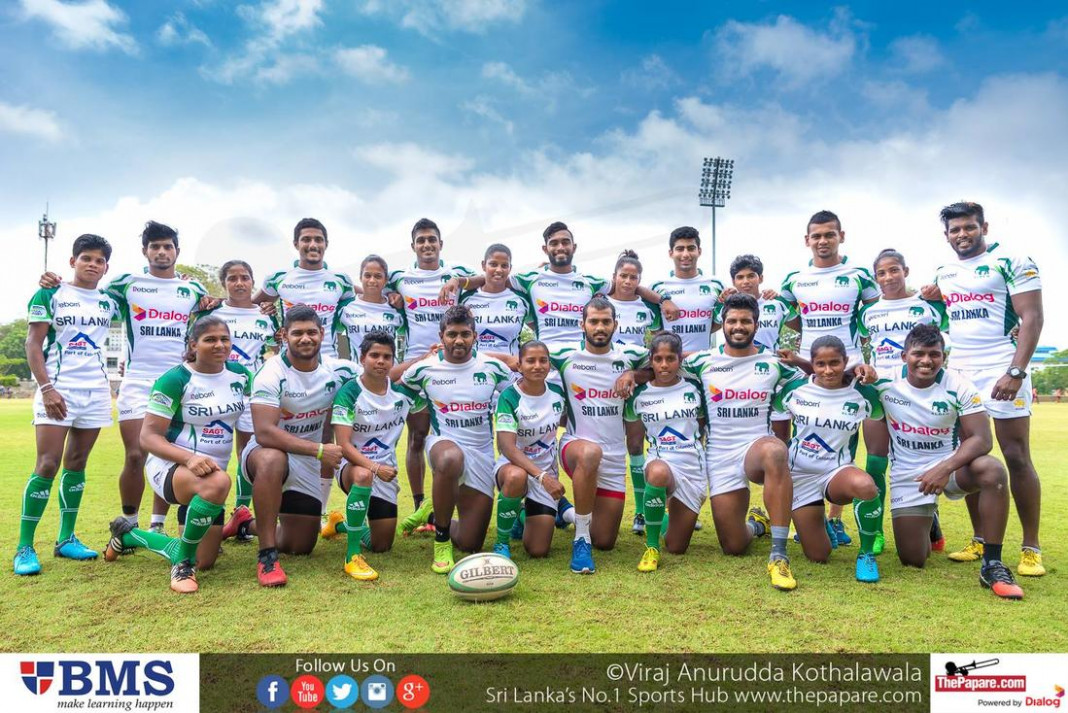 The men’s team is drawn in pool B alongside Chinese Taipei, Malaysia and the hosts Hong Kong while the women’s team will take on Thailand, China and Uzbekistan in Pool D. The tournament will take place on the 2nd & 3rd of September at the Hong Kong Football Club in Happy Valley, Hong Kong. 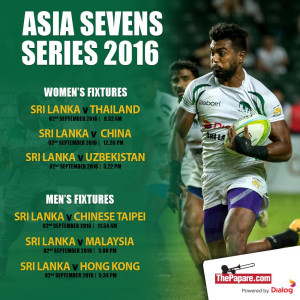 The men’s team will be sans many key players due to injuries, however, it will be a good opportunity for some players to make a mark in the national jersey.

Next up will be the game against Malaysia. In the XV’s, Sri Lanka lost heavily to the Malaysian’s in the Asia Rugby Championship in May 2016 but in 7s Rugby Sri Lanka beat Malaysia comfortably on all four occasions they met last year, with the score-lines reading as follows:

Newly appointed Sri Lanka Captain Danushka Ranjan and Coach Matt Turner believe that they will not be a big threat with Turner mentioning in particular that they ‘know what to expect’ from the Fijians who may feature in the Malaysian line-up.

Sri Lanka will then play arch rivals Hong Kong in their final pool game. Last year, the Tuskers played Hong Kong three times, finishing second best on all three occasions. The score-lines reading 12-27 in the Olympic Qualifiers, 14 – 33 & 07 – 33 in the Thailand leg of the Asia 7s series. Hong Kong has been training with a 22 member squad with most of those players pulling out of a 2 Test tour to Kenya to prepare for this tournament.

Even though Sri Lanka U18’s and U 20’s won Asian 7s titles recently both teams went down to Hong Kong in their respective age categories; Hong Kong proving once again to be Sri Lanka’s Achilles heel.

Defending champions Japan have been drawn into Pool A alongside South Korea, China and Singapore. Japan, after their historic win over New Zealand at the Olympics, have shown that they are ready to take on even the World’s best. However, this weekend Japan will only tour with their second string team, not those who went to the Olympic 7s tournament.

The Sri Lanka women’s team does not have an impressive record to look on from last year as they won only one game, in the Colombo leg (vs Singapore). Former captain and their most experienced player, Thanuja Weerakkody, will miss the tour due to injury. However, speedster Anusha Attanayake and play-maker Ayesha Perera’s presence will strengthen the team.

Captain Randika Kumudumali is a strong ball carrier and prop Sandika Hemakumari is another outstanding player, who can run as a center. The senior players will have a huge responsibility on their shoulders if the team is to make an impact in this tournament.

“I believe if we had two months of training we could have prepared better” said captain Kumudumali, stating that although their preparation for the tournament has not been the best, the team believes they can achieve something in Hong Kong.