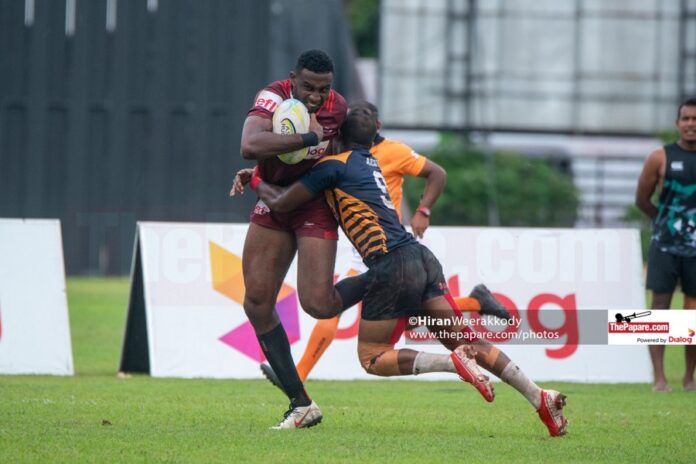 The National selectors headed by Asoka Jayasena have picked 20 players to form a preliminary squad for the upcoming Asian Sevens Series leg in the UAE on the 19th & 20th of November.

Selections were done considering the performances of players at the Warrior Trophy Rugby 7s tournament which was held over two days at Police Park. Earlier the Ministry of Sports had issued a directive to Sri Lanka Rugby, to only consider players who took part in the Warrior Trophy for national selection, thereby closing the door on players representing Kandy Sports Club and CR&FC as the two premier clubs of the country withdrew from the tournament.

Speaking on the quality of rugby on display at the competition, National Coach, Nilufer Ibrahim added that there was rustiness amongst the players having not played any rugby for over 20 months but was encouraged by spirited performances by the players despite the challenges.

When asked about the preliminary squad picked, he added that “I believe the selectors have done justice to the best performers of the tournament, all the players they have picked performed well”

“We will have to do some strenuous work in the coming week to get the conditioning of the players up to mark, we will also have to do some work on the combinations as there are players from 5 different clubs. In the past a large chunk of the squad comprised of a few clubs and would already know each other well”

Players are scheduled to enter a bio bubble at the Sugathadasa Sports Hotel on Tuesday (2nd) and will commence preparations for the upcoming Asian 7s series competition. The squad will be further pruned to 15 with 12 players travelling to the competition.