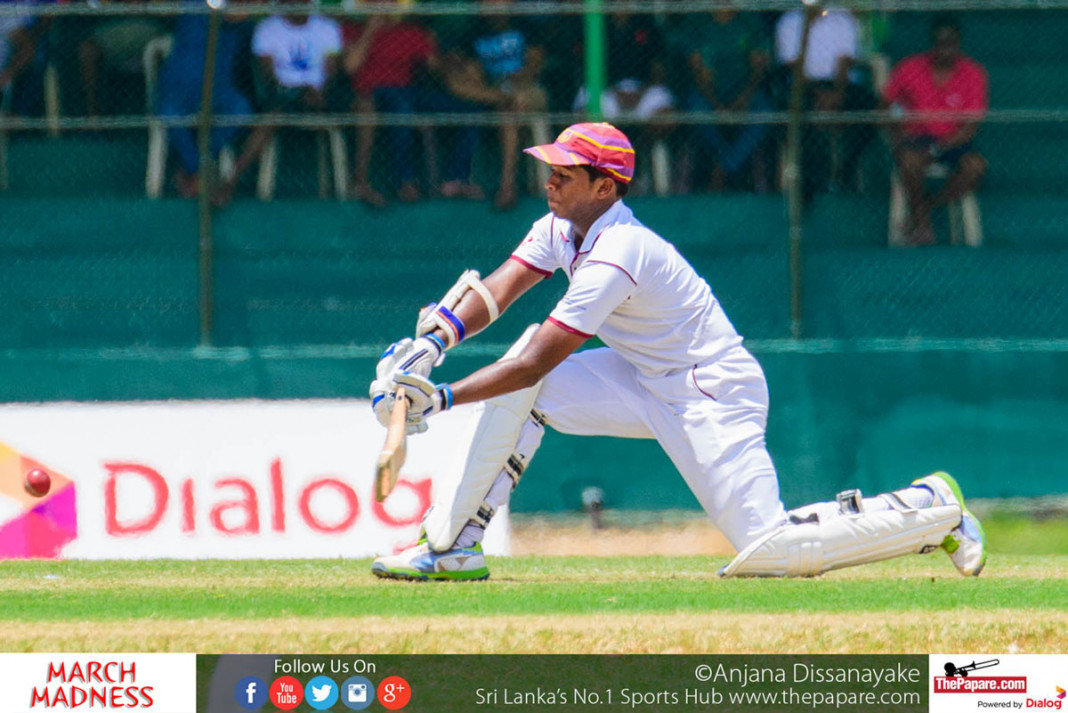 Prince of Wales reached 230 all out after they were sent into bat by the Sebastianites in the 67th Battle Of The Golds worked off in Moratuwa today(10).

Sri Lanka U19 cap and skipper Vishwa Chathuranga was the star for the Cambrians as he batted deep into the innings making a brilliant half century. Fresh from a successful tour of South Africa, Chathuranga entertained the crowd with his explosive batting before he was eventually dismissed for 88 runs.

Sebs enter as favorites as POW aim to upset

St. Sebastian’s College head into the 67th Battle of the Golds as favorites to defend their 2011 title win…

Dilanka Maduranga impressed making 32 runs before he threw his wicket away while Sanjaya Fernando chipped in with 24 for the Cambrians as they were eventually bowled for 230 in the 72nd over of their innings.

Left tweaker Praveen Jayawickrama was the star with the ball for the Sebastianites as he captured 5 wickets for 62 runs. The Sri Lanka U19 cap impressed with his turn and guile as he ran through the Cambrian middle and lower order.

The two Fernando’s(Tharusha and Nuwanindu) also gave good support to Jayawickrama as they shared four wickets between them to make sure the Cambrian score didn’t develop into a substantial one.

Umpires decided to call off play at the end of the Cambrian innings due to bad light before the heavens eventually opened up. Play will start half an hour early tomorrow due to the time lost today.