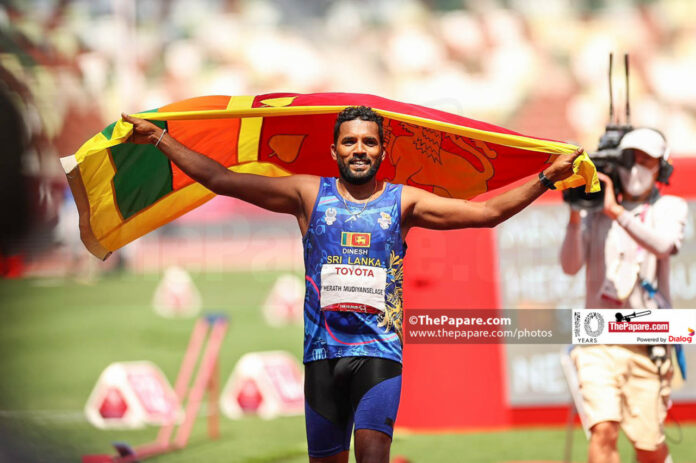 Dinesh became the first Sri Lankan to win Gold at a Paralympic Games when he achieved this feat, obliterated the existing world record of 63.97m in his third attempt with a massive throw of 67.79m.

Indian athlete Devendra, who was holder of the previous world record of 63.97m and the defending champion was the favorite coming into the competition. He managed to surpass his personal best with a throw of 64.35m but had to be content with a Silver. Fellow Indian Gujar Sundar Singh won Bronze in the event with a throw of 64.01m. 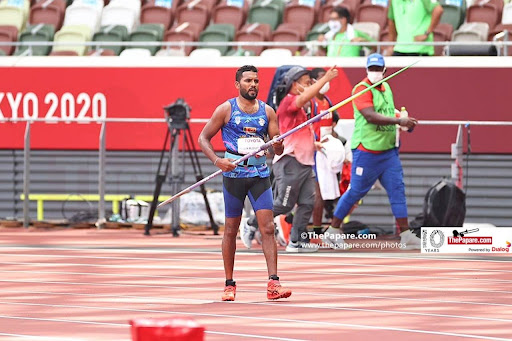 Dinesh Priyantha, a veteran of the Sri Lankan Army, was injured in action in Kilinochchi during the late stages of the Sri Lankan civil war in 2008, taking 3 bullets to his left arm. He took up Para Athletics 4 years later and in 2016 won Bronze at the Rio Paralympics. Dinesh continued to impress at international competitions Silver in both 2017 and 2010 World Para games while winning the Gold in the Asian Para Games in 2018.

Keep it locked to ThePapare for updates for the Paralympics.