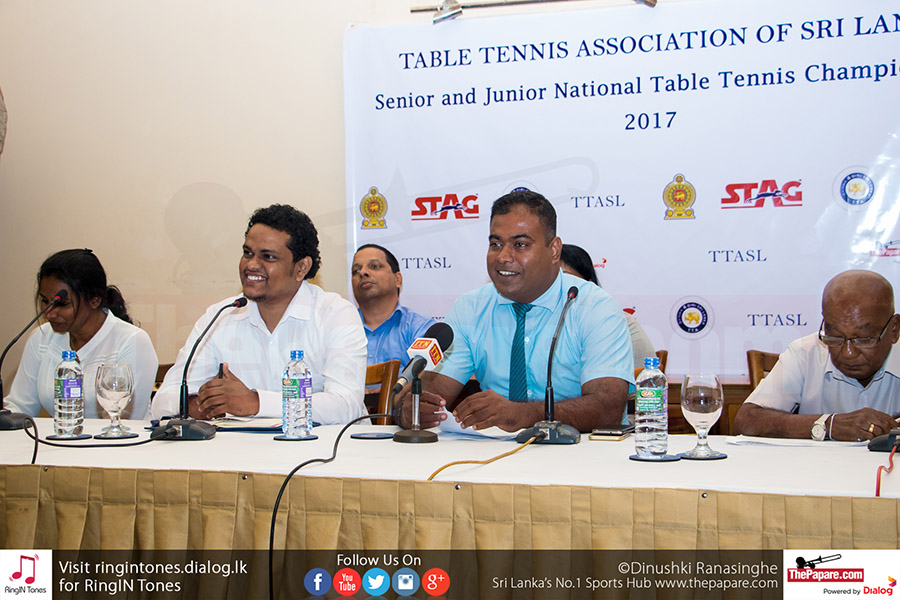 A total of 550 paddlers will come together for the 71st occasion as the All Island Junior and Senior National Table Tennis Championship will take place from the 19th to the 28th of January in Kandy and Colombo.

The National Table Tennis Competition is the country’s premier tournament involving the best of the country in the sport. The sport that is predominantly played in the vicinity of the south, central and western regions, will see strict competition coming from the top seeded players.

Defending champions of the national title in the Men’s competition will be looking to retain the silverware won last year. Five-time national champion Udaya Ranasinghe, who hails from Kandy will be looking to make it through yet another year, when he makes his way to the senior division this year. The Senior competition will take place at the S. Thomas’ College Indoor Courts the following weekend.

Runner up in 2016, Ishara Madurangi of the SL Ports Authority, will play top seed in the tournament, hoping to claim the championship, which she missed out on in the 70th edition of the tournament. She was a former representative of Sri Lanka in the junior category and is now looking to set her records in the big leagues.

There will be 8 age groups in the Junior Nationals, starting from the Girls and Boys under 10 singles category, all the way to the Under 18’s. The Table Tennis Association of Sri Lanka has proudly partnered with ‘’Stag’’ as their official equipment providers.

ThePapare.com will be empowering the paddlers at the 71st Junior and Senior National Table Tennis Championship as the Online Media Partners. So stay logged for exclusive action on www.thepapare.com