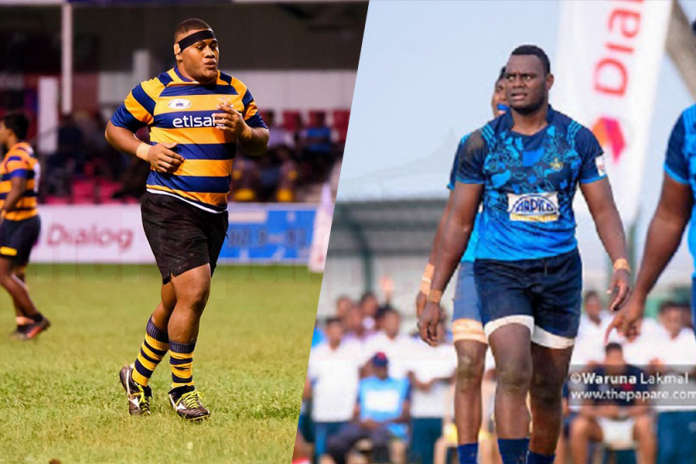 After nine weeks of uncertainty, foreign players will finally be eligible to play in the Dialog Rugby League 2018/19 following the court hearing that ruled that the bottom 4 clubs from last season’s League should be allowed to accommodate overseas representations.

This will mean that the injunction order issued by the court last November has been lifted and this week’s Dialog Rugby League games will have overseas players playing.

The court case was filed by CH & FC last year with claims of unfair competition, was heard on 23rd of November and an injunction order was issued barring the foreign players from playing this season’s Dialog Rugby League until a final judgement was reached.

The tournament rules for 2018/19 included that the bottom 4 clubs of the Dialog Rugby League, CR & FC, Sri Lanka Army, Air Force SC and Police SC may accommodate one overseas player in their playing sides.

However, following the court ruling, it was agreed that only Army, Police and Air Force would field foreign players. This means that CR & FC, despite being one of the bottom 4 finishers last season, will not have an overseas player in their ranks, a decision made by the club’s management.

“There was a suggestion from CH & FC and a request to us from Sri Lanka Rugby whether we can play without the foreign player.”

“So, in keeping with the spirit of the game and as a goodwill gesture towards the sport, we agreed that we will not play a foreign player. At the end of the day, we should be focusing on rugby and not on matters in court” added Jivan Goonethilake of CR & FC commenting on the matter at hand and their own decision not to use foreign players.

Foreigners need to step up!

The opening week of the Dialog Rugby League kicked …

This will mean that this week’s clashes, Army v Air Force and Police v Havelock will see overseas representation.

The foreigners last played in week 2 of the Dialog Rugby League 2018/19.

The overseas players of Army, Air Force and Police remained in the country despite the ban and will finally get the opportunity to get back onto the playing field.