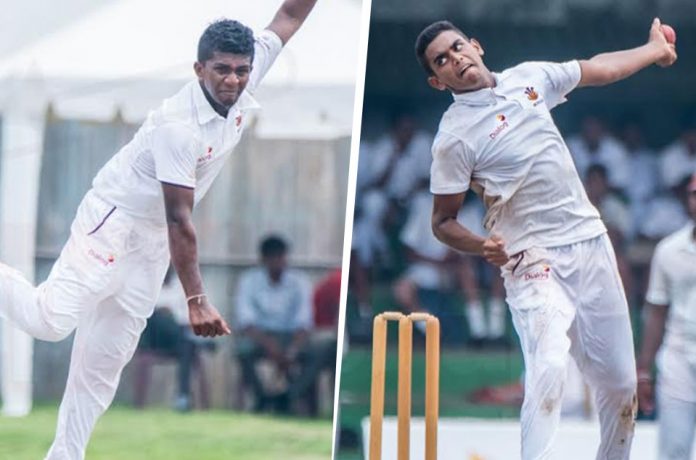 Prince of Wales College was 76/3 in their first innings after bundling out their arch rivals St. Sebastian’s College for 159 runs on day one of the 68th Battle of the Golds at De Soyza Cricket Stadium in Moratuwa. 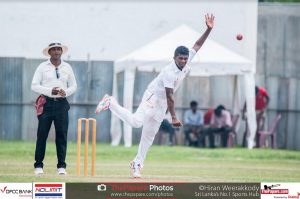 Cambrian skipper Savindu Peiris won the toss and invited their rivals to bat first. The decision paid off as they restricted the strong batting line up of St Sebastian’s to 159 runs in the first innings. Right handed batsman Janishka Perera (32) and left handed batsman Nishitha Abilash (28) top scored for the Sebastianites. In addition to this, Shanel Fernando and Praveen Cooray chipped in with 22 runs each.

Cambrian spin twins Kaumal Nanyakkara and Savindu Peiris were difficult to handle as they shared all ten wickets between them. Left arm spinner Kaumal Nanayakkara ripped through the Sebs’ batting line up, picking up 6 crucial wickets for 45 runs. Savindu Peiris, the skipper, picked up the remaining 4 wickets for 49 runs with his off spin.

In reply, the Cambrians lost their first 2 wickets for just 1 run in the opening over but recovered well to score 76 runs as rain stopped play on day one by 4.00 pm. Right handed batsman Sandun Fernando remained unbeaten on 30 runs while left handed batsman Suwath Mendis scored 21 runs for the Cambrians. Sebastianite right arm fast medium bowler Tashik Perera was the pick of the bowlers as he grabbed 2 wickets for 17 runs. The match will continue tomorrow for day two.