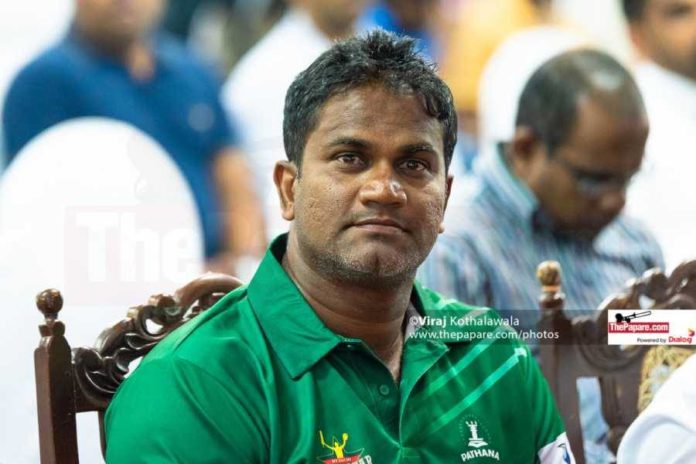 Former Sri Lanka fast bowler Nuwan Zoysa has claimed that the International Cricket Council has declared him guilty of charges he never committed.

The ICC released a press statement on 19th of November 2020, which stated that Nuwan Zoysa is guilty of three counts under the ICC’s anti-corruption code, after hearing his case before an independent tribunal. The international body for Cricket initially pressed charges on Zoysa in November 2018, following which he exercised his right to a hearing before an independent tribunal.

In reply, Zoysa has dismissed all allegations at a press meet following ICC’s statement. Zoysa’s lawyer Chrishmal Warnasuriya said he will defend his clients’ innocence, stating that ICC is “hell-bent” on tarnishing the reputation of Sri Lankan Cricketers.

“It was a shock for me when I was made aware that ICC had gone on to release a press statement yesterday stating that I have been found guilty of charges which were never committed by me. I reiterate that the ICC tribunal is yet to release its final verdict to me or my counsel. Therefore, it is a fallacious and a cheap gimmick by ICC to tarnish my reputation and the reputation of my country,” said Zoysa at the press meet.

Zoysa also alleged that he was harassed and humiliated in the name of investigation in October 2018.

Warnasuriya also said that ICC is trying to prove their proclamations made in 2018 that Sri Lanka was the most corrupt Cricketing nation, which they found difficult to prove with facts.

“They are trying to use statements which they forcefully obtained from Zoysa without even giving him his choice of language during the initial inquiry conducted in 2018,” added Warnasuriya.

Zoysa was found guilty of the following by ICC –

Zoysa has also been charged by the ICC on behalf of the Emirates Cricket Board (ECB) with breaching four counts of the ECB Anti-Corruption Code for participants for the T10 League, and these proceedings are still ongoing.