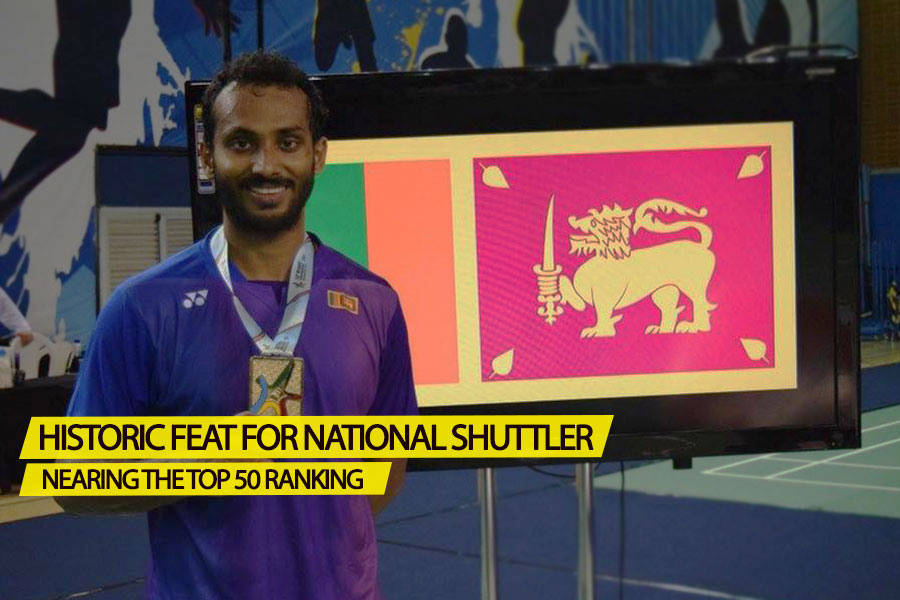 Sri Lanka’s national badminton champion marked a significant milestone in his career, winning the Men’s Singles at the 32nd Brazil International Badminton Cup for the year 2017.

Karunaratne defeated 56th ranked Ygor Coelho to win the title in the Brazil International Cup that was worked off in Sao Paul to win his first silverware for the 2017 season.

The Brazil International Cup which is one of the top tier tournaments under the Badminton World Federation was organized for the 32nd successive occasion attracting top seeded players from all parts of the world.

The Lankan champion started his campaign by defeating Igor Ibrahim in the round 1 and later faced Adam Menderk of the Czech Republic in the second round. He faced Maxime Moreels of Spain in the quarterfinals.

Karunaratne was successful in getting an easy 21-12, 21-19 straight set win in the quarters and progressing to the semifinals where he was set to face Luka Wraber of Austria. The semi-final ended in favour of the Lankan who won it 21-18, 21-10.

Being one game away from victory, the 32-year-old faced 56th seeded player Brazilan national Ygor Coelho.

The first set of the final went in favor of the Ygor leaving Karunaratne speechless with scores reading 9-21. Fighting back was Karunaratne who dominated the remaining two sets to seal the game. The final two sets read 21-14 & 21-18 in favour of the Sri Lankan.

With this win, Niluka climbs one more step in the BWF World Rankings to occupy the 64th spot on the leaderboard. This is his best ranking since October 2013 when he occupied the 52nd position.