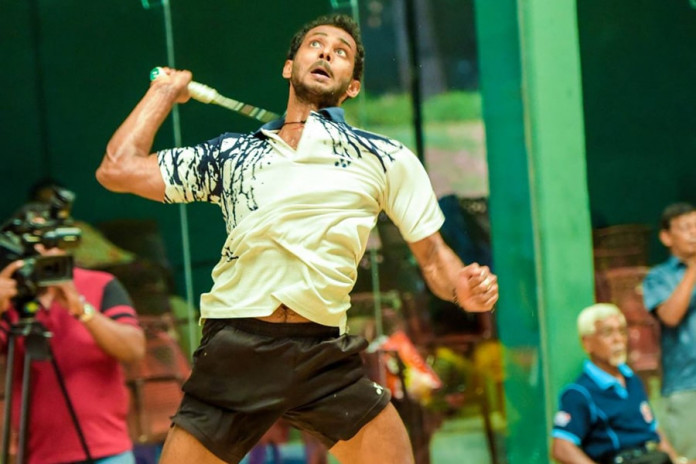 The Sri Lanka Junior and Senior National Championship took place in collaboration with the national body and the schools’ body for the first time and in the Sri Lanka Badminton Association’s purview of taking the racket sport outside of the Colombo metropolitan, the tournament took place in Kurunegala hosted by the Kurunegala Badminton Association.

It was another easy call for Niluka Karunaratne in the finals as he defeated Chamika Karunaratne 2-0 to win his 16th title. From winning his first national title in the year 2001, Niluka has been phenomenal to keep up his form for a record sixteen-year streak.

Meanwhile, Thilini Hendahewa secured the Women’s Open Singles title for the year 2016 defeating Kavindi Ishadika in the finals winning the tie 2-0. Thilini defeated Achini Ratnasiri in the semi-finals to get her ticket to the finals.

The event was graced by the presence of Hon. Minister of Sports Dayasiri Jayasekara who was also present for the awards ceremony.