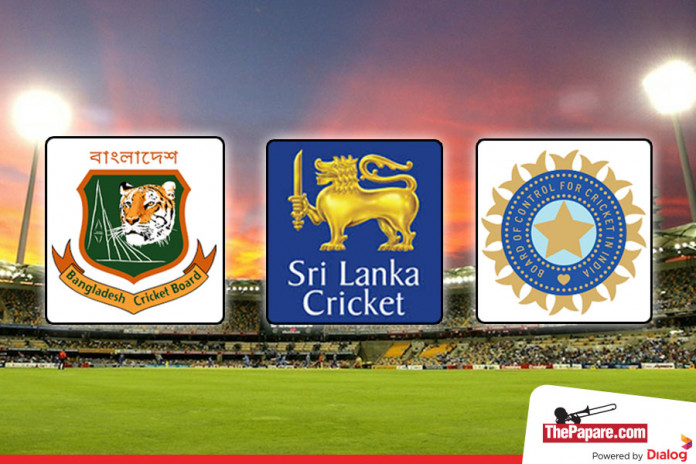 Sri Lanka Cricket announced earlier today their plans to stage the Nidahas Trophy 2018, in commemoration of Sri Lanka’s 70th year of independence, in March next year.

At a media briefing held regarding this at the P Sara stadium earlier today, President of Sri Lanka Cricket Thilanga Sumathipala expressed the thought behind organizing such a tournament.

“70 years is a long journey for Sri Lanka Cricket, a lot of good cricketers, administrators and years of hard work have gone in for us to build our game to this level. So it is something that we should commemorate and celebrate.”

Incidentally, Sri Lanka Cricket will also be celebrating its 70th anniversary in 2018 and the tournament organizers plan to honour past players, administrators and past captains during the championship. 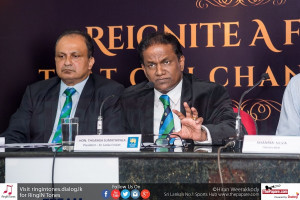 The tri-series is scheduled to feature neighbouring India and Bangladesh who have reportedly already agreed to play the tournament between the 15th and 30th of March 2018. President of Sri Lanka Cricket Mr. Thilanga Sumathipala expressed his gratitude regarding this to both the BCCI and the BCB, particularly the latter who have made adjustments to their fixtures against the West Indies to accommodate this request by the SLC.

As it stands, the tournament is scheduled to be held in the T20 format, with 7 games to be played in total but according to Mr. Sumathipala, these plans are open to change.

Sri Lanka last staged a Nidahas trophy back in 1998 in honour of the Golden Jubilee of Sri Lankan independence, with the participation of India and New Zealand. Sri Lanka topped the table at the league stage but lost to India led by Mohammed Azharuddin.

Royal vs Trinity 125th cricket encounter ends in a draw

“May the Joe-Pete tradition grow from strength to strength.” Rector –...

“We have quality cricketers from both schools leading from the front”-...