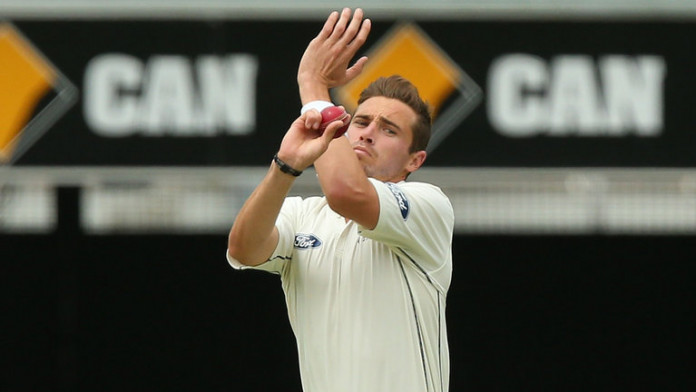 New Zealand have left out their two main strike bowlers and selected one new batsman in the squad named Tuesday for the opening one-day matches against Sri Lanka.

Canterbury’s Henry Nicholls, a 24-year-old left-hander, is in line to make his debut in the first ODI on December 26.

“He’s a player who has class and a player who we want to expose to the international scene sooner rather than later,” New Zealand coach Mike Hesson said.

“Through the A campaign he was exceptional, certainly the outstanding player in all forms of the game.”

Nicholls scored 210 for New Zealand A against Sri Lanka A in a four-day match two months ago.

The squad named for the first three of five ODI matches against Sri Lanka excludes fast bowler Trent Boult who will be rested after a heavy Test schedule.

Fellow new-ball bowler Tim Southee will sit out the first two games after leading the attack in the two Tests against Sri Lanka.

New Zealand won the first Test by 122 runs in Dunedin on Monday with the second Test starting in Hamilton on Friday.

Southee will replace Henry after the second match.