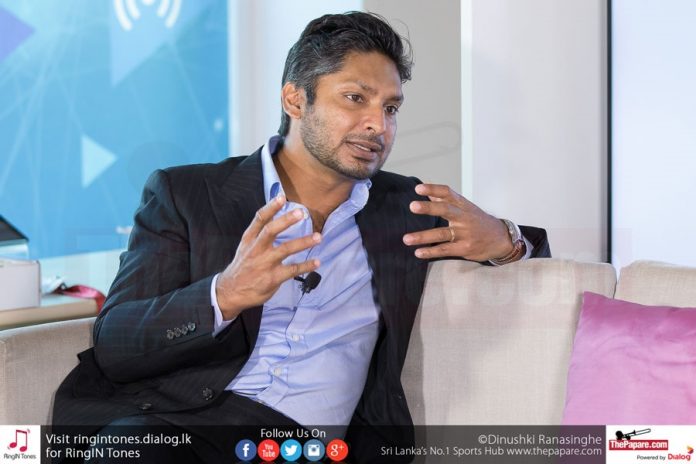 Lord’s, earlier this week, announced that their parting ways with tradition and instead of a British national, they have invited an international personality to be the President of Marylebone Cricket Club.

Cricket’s most famous club, just a stone’s throw away from St. John’s Wood Station in the heart of London, has been headed by a Brit in its 232-year existence. Our own Kumar Sangakkara has broken that tradition.

Enough has been written and said about his cricket so we refrain from further elaborating. The story behind his success having ended as the highest run getter for Sri Lanka in both Test and ODI cricket is his work ethic. If you take a look at the national cricket team’s practice schedule, training for them the day before a game is optional. For Sanga, optional training never existed. Maybe the current players need to take a page out of Sanga’s book.

Kumar Sangakkara will be the next president of Marylebone Cricket Club

Today, instead, we look up to some of the traits that make him a thorough gentleman.

Former Italian football captain Paolo Maldini was nicknamed ‘one club one woman man.’ His commitment to AC Milan was legendary having started and ended his career at the same club. So was Sanga. His commitment to NCC was unwavering, even when they got relegated to a lower division. In 2012, NCC finished last in tier ‘A’, and were relegated to division ‘B’ for the 2013 season, which was the 125th anniversary of the Maitland Place club.

In June 2012, a majestic 192 against Pakistan at SSC had helped Sanga to regain the number one rank for Test batsman. A reporter, tongue in cheek, asked the former Sri Lankan captain to weigh in on the prospects of world’s best batsman playing domestic cricket in a lower division.

“NCC was my first club and it will be my last club,” Sanga said ruling out a jump across the fence to the more affluent SSC.

“It’s the responsibility of all NCC players to make sure that we turn up for every game and play every game and win every game and get on top of second division and come back into division one. I think it’s going to be a test of character for all players at NCC when that happens,” he added.

A week before that, he had missed his ninth double hundred – left stranded on 199 not out in Galle. He could have blamed many individuals. Numbers nine, ten and Jack – Nuwan Kulasekara, Rangana Herath and Nuwan Pradeep – all were dismissed for ducks strangely in that innings. More than his team mates, the scoreboard operators messed it up properly that day.

The absence of a permanent scoreboard at Galle International Stadium has left a bad taste in many mouths but authorities are helpless due to the ban on permanent structures at the venue that will block the Galle Fort, a world heritage site declared by UNESCO.

Four hundreds in a row for Sanga

Communications between the official scorers and operators of the makeshift scoreboard are difficult and due to a miscommunication practice, the scoreboard indicated that Sanga was on 194 ahead of a Saeed Ajmal over. Sanga blocked the first four balls and swept the fifth ball to a six over mid-wicket. Promptly he celebrated the double hundred.

He defended the next ball thinking that he had reached the double hundred. Alas! The scoreboard operator had made a mistake. Sanga’s score was 199*. Pradeep faced the next over from Mohammad Hafeez and was dismissed in the second ball.

Sanga was left fuming. He was clearly having some troubles in the nervous 90s and the last thing that he wanted was a basic error like the scoreboard not operating properly to miss out on a well-deserved milestone.  Furthermore, this was a time when he was deadlocked with Brian Lara on nine double hundreds.

The press expected a field day at the post match media briefing. But Sanga held his own not running down on anyone. “You need five minutes of your own, get deep breaths and calm yourself. It’s how you change as a player. When you’re young, you get angry, throwing bats and you make a big scene in the dressing room. But now, when you go back and when you sit down and take a breather, then you realize that there are bigger things out there than being not out on 199,” he said. Sanga would retire with 11 double hundreds, just one short of Sir Don Bradman’s record of 12.

Sanga had turned down high-profile appointments before. The government offered him a posting in London to become Sri Lanka’s High Commissioner to the UK. Although he had retired from international cricket, Sanga still had two years remaining in his three-year contract with English county Surrey. So, he turned down the offer.

For MCC’s offer, he has consented.  Much more accolades will follow one of country’s favourite sons. His conduct has been both exemplary and worth emulating. Young players have much to learn looking at the great man. MCC’s decision to part with tradition needs to be appreciated. So does their choice.