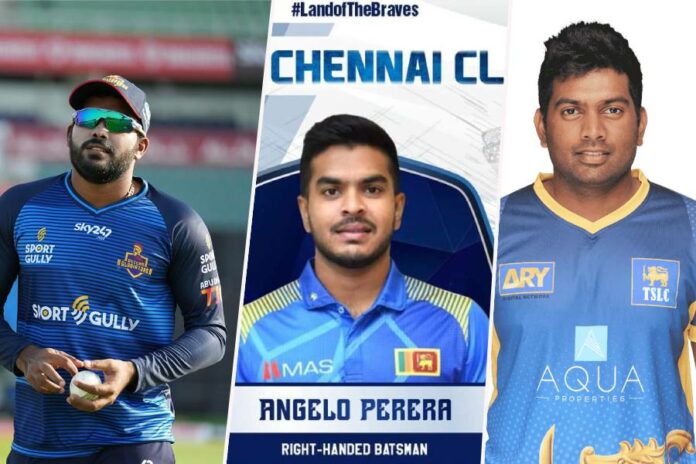 The 31-year old right hander Perera representing the Chennai Braves played a blinder of an innings against Deccan Gladiators two days ago (20th).

Leg spinning all-rounder Hasaranga impressed with both bat and ball for Deccan Gladiators but ended in the losing side as they went down fighting against Team Abu Dhabi yesterday (21st).

Hasaranga made 30 runs off 18 balls with 4 fours and a six at a strike rate of 166.67 while delivering with the ball as usual, snaring 4 scalps for just 12 runs in his allotted 2 overs.

Meanwhile, two more Sri Lankans have been drafted by the Chennai Braves to play in the ongoing T10 League. Accordingly, one of Sri Lanka’s premier fast bowlers in white-ball cricket Nuwan Pradeep and the 23-year old wrist spinner Kevin Koththigoda will play for Braves in this year’s tournament.

The Chennai Braves lost both their first 2 games having put on significant scores of 122 and 124 respectively, illustrating the lack of penetration in their bowling lineup. Captain Dasun Shanaka and Co will hope that the two new additions will strengthen their bowling stocks.

The Chennai Braves already have four Sri Lankan players in the squad and with the two new additions, the Sri Lankan contingent will be extended to six.

Kotthigoda is currently in Abu Dhabi while Pradeep is scheduled to leave the island on the 23rd to join his franchise team.

The following is the full list of Sri Lankan cricketers taking part in the ongoing Abu Dhabi T10 League along with their teams.