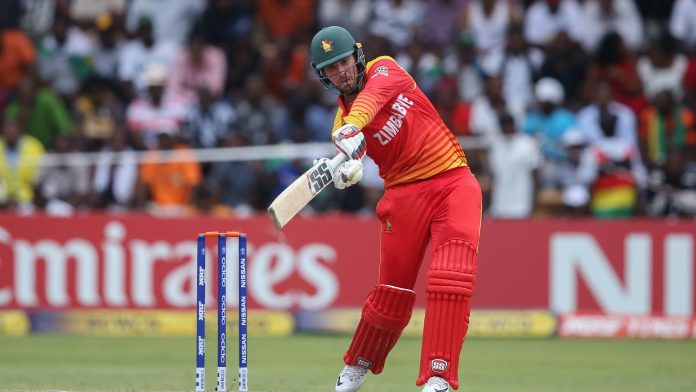 Having lost the ODI leg of the series 2-0, Zimbabwe secured their first win of the Netherlands tour by forcing the second T20I into a Super Over affair. Reeling in the second half of a chase of 152, Ryan Burl and Elton Chigumbura came up fighting contributions to script Zimbabwe’s comeback. However, with one required for victory, a run out off the last ball forced the match into the Super Over where Zimbabwe proved far superior, scoring 18 before restricting Netherlands to 9 to win the one-over eliminator to square the two-match T20I series.

Brendan Taylor got Zimbabwe off to a flier in the chase, and made sure that the visitors weren’t affected by the early dismissal of captain Hamilton Masakadza. In Craig Ervine, Taylor found an able ally as they forged a solid partnership that kept Zimbabwe on track.

The opening that Netherlands were hoping for was provided by Brandon Glover, who accounted for a well-set Taylor by dismissing him for a 24-ball 40. Paul van Meekeren and Roelof van der Merwe further dented Zimbabwe by picking up quick wickets, reducing them to 97 for 6 as the visitors lost five wickets for the addition of only 28 runs.

While the writing was on the wall following Zimbabwe’s collapse, Burl injected hope through his counter-attacking knock as he struck two fours and a six during his 14-ball 23. The No. 8, however, was dismissed off the last ball of the 18th over by Pieter Seelaar, leaving Zimbabwe needing 23 to get off 12 deliveries.

Chigumbura ensured that Burl’s fightback wouldn’t end up in vain, as he came up with a fight of his own to take Zimbabwe to the brink of victory. With a six off Fred Klaassen in the 19th over, he brought it down to 13 off 6 before striking two successive sixes off van der Merwe to even the scores. Netherlands took the fight till the last ball as both Chigumbura and Chris Mpofu were bowled by the spinner, leaving the visitors with one to get off the final delivery, and the match went into the Super Over as Tendai Chatara was run out off the last ball.

Earlier, having opted to bat, Netherlands lost early wickets but that didn’t deter the man in form, Max O’Dowd, from teeing off as he helped the hosts past 50 by the time the powerplay was completed. Ben Cooper showed a lot of promise as he struck two fours and a six before Mpofu ended his outing while Wesley Barresi fell cheaply to Kyle Jarvis.

A 42-run partnership for the fourth wicket – between O’Dowd and Saqib Zulfiqar – not only aided in damage control but it also came in quick time which helped Netherlands maintain a healthy run rate. However, O’Dowd’s dismissal soon after he registered his third fifty-plus score in this series led to a collapse and Netherlands, reduced to 120 for 7, were in danger of not batting the full quota of overs.

But skipper Seelaar came up with a handy knock, scoring an unbeaten 29 off 20 deliveries and he received support from Fred Klaassen in a 32-run stand that helped Netherlands post in excess of 150.

Zimbabwe won the Super Over.