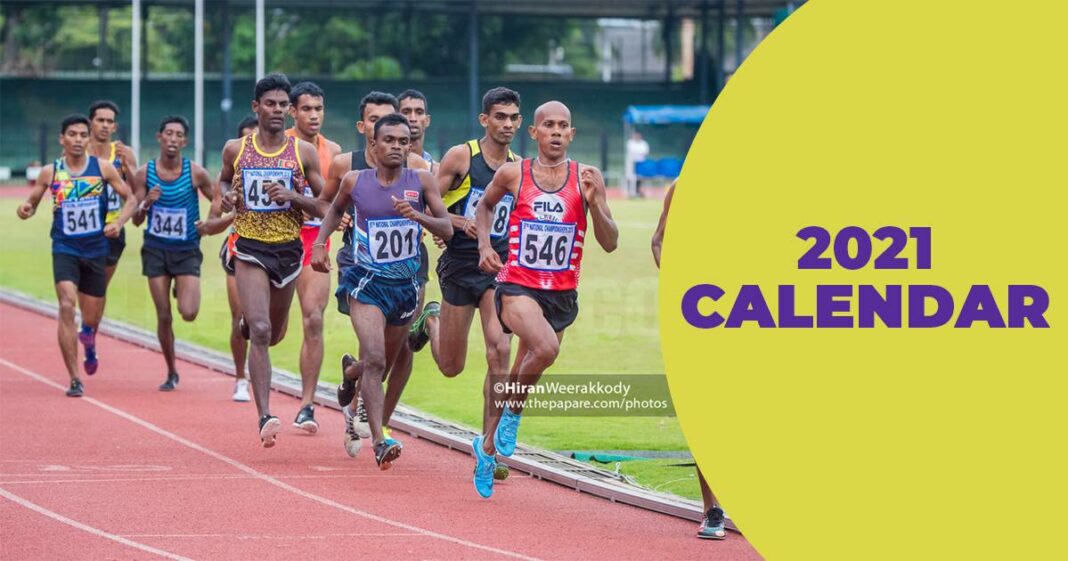 After a year-long break from events, the Athletics Association of Sri Lanka has finalized the 2021 Athletics Calendar in the National format.

The calendar for the year will kick off with an outstation meet, the National Open Marathon and Race Walk in the last week of March. The most awaited event would be the National trials in April and May with the latter serving as the final selections for the 2021 Tokyo Olympic Games in Japan.

Keep it logged on to www.thepapare.com/athletics for Photos, Results and more updates on the events.