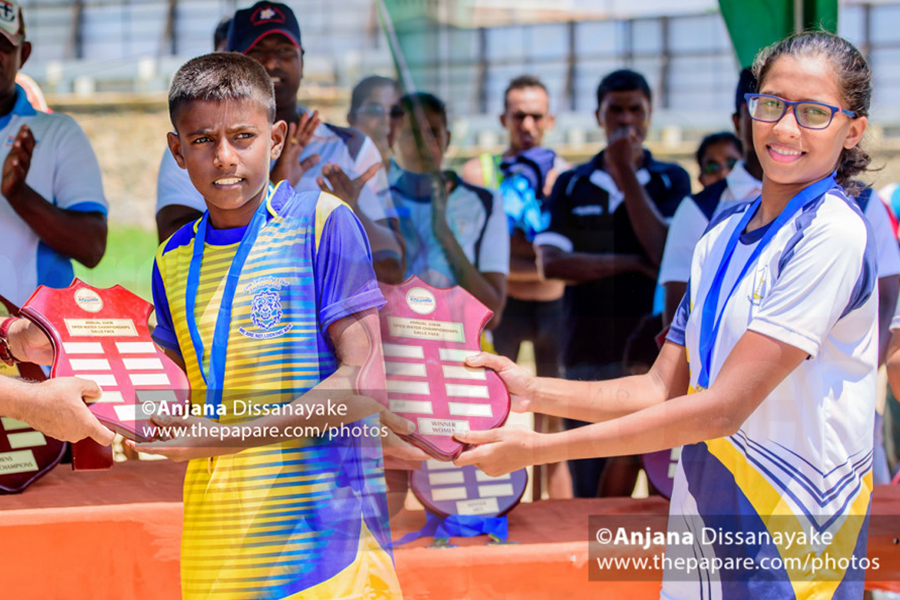 The 10Km race being the toughest to conquer of the lot, most swimmers failed to complete the full distance. However, Rashen Dilshan of Sri Devananda College finished on top beating out 22 other finishers.

The Men’s 10km Open Water saw 58 entries at the start point of which just 22 swimmers managed to complete the full course. Rashen Dilshan finished first with a time of 2:29.19Hrs. His toughest competition was D M Gunasena of Sri Lanka Army who finished 2nd clocking 2:30.43Hrs.

Earlier in the year, at the 5km Open Water Swimming Championship, Rashen Dilshan was placed 10th out of the 91 finishers of the event.

15 swimmers jumped in at the start of the Women’s meet but only 3 prevailed. Anarkali De Silva of DCA finished 3rd clocking in 3:01.33Hrs being the final finisher of the race. Janethree Kaluwardhana of Visakha Vidyalaya finished with a timing of 2:53.16Hrs to grab 2nd while fellow schoolmate Seneshi Herath finished in 2:46.28Hrs to win the Women’s title.

Next up in the Open Water calendar will be the 82nd Annual Two Mile Sea Swim on the 3rd of March, at the Mount Lavinia Beach.