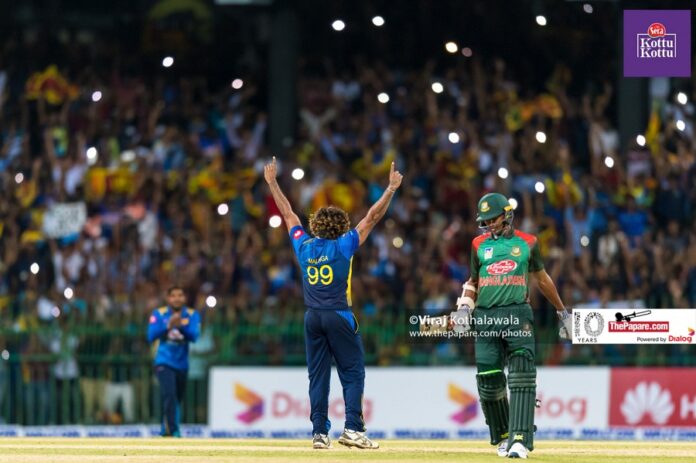 T20 World Cup winning skipper, Lasith Malinga has decided to call it a day on his T20 international career, thereby marking his retirement from all forms of cricket.

The ‘Slinga’ made the announcement on his social media handles a short while ago.

Malinga’s last T20I game was against the West Indies in March 2020. He has previously retired from ODI cricket in July 2019 and Test Cricket in April 2011.

He is currently the highest wicket-taker in Men’s T20Is, with 107 wickets to his name in 83 matches, has taken 2 hattricks in the format, has the most wickets in IPL history and led Sri Lanka to their 2nd World Cup title in 2014.

“The experience that I have gained through the past 17 years will no longer be needed in the field since I have decided to retire from T20I Cricket marking my retirement from all formats of cricket. But I will be continuously supporting the younger generations who thrives to uplift the spirit of the game and I will always be there with all who love the game. May the triple gem bless you all!”

Widely considered one of the greatest white-ball bowlers ever, Malinga’s retirement was imminent, with the new fitness policies brought in by Sri Lanka Cricket all but closing the door on the aging legend.