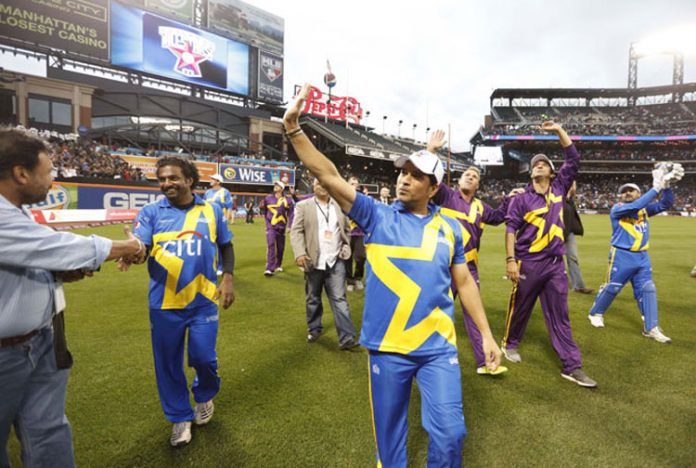 Legends of World cricket such as Sri Lankan spin wizard Muttiah Muralitharan, Indian hero Sachin Tendulkar and West Indian great Brian Lara are among other big names set to return to the cricket field once again in a T20 tournament called the Road Safety World Series with an aim at promoting road safety. Jacques Kallis, Brett Lee and Shivnarine Chanderpaul are a few other names that will be part of this tournament.

According to a report from ESPNCricinfo, the first season of the tournament will be played between five teams from 2nd to 16th February 2020 in Mumbai. The teams are reportedly India Legends, Australia Legends, South Africa Legends, Sri Lanka Legends and West Indies Legends.

The first season of the tournament is limited to only Test playing countries and 110 retired players have reportedly confirmed their participation so far.

The approval to conduct this tournament has already been obtained by the organizers from BCCI and they have laid plans to continue this tournament for 10 years across locations in India.

The profits from the tournament will be directed towards the Indian Road Safety Cell to promote road safety in addition to highlighting how India ranks highest in the list of deaths caused on roads in the world.

Video – What should be the Sri Lanka squad for Australia...