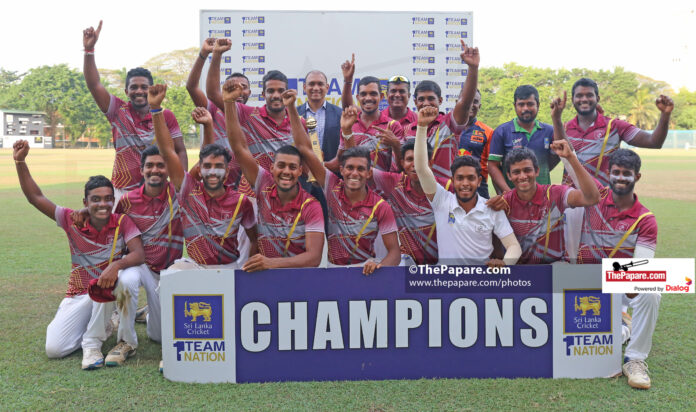 Moratuwa Sports Club were crowned winners of Governors Trophy as they beat Old Dharmapalians by 64 runs in the final of the tournament held at Colts Grounds, Colombo.

After being put into bat first, Moratuwa Sports Club posted 240 for 8 in the allotted 50 overs.

Fernando stroked 75 runs off 82 balls with 7 fours and 2 sixes while Perera contributed with a knock of 45 runs off 88 balls with 5 fours. Shanaka Sampath was the pick of the bowlers for Dharmapalians as he snared 3 scalps for 48 runs in his 10-over spell.

In reply, Old Dharmapalians SC struggled with the bat right from the start and fell short of the target by 64 runs. At 8 for 74, Ayesh Harshana (59) and Shanaka Sampath (51*) showed some resistance with the bat adding a 101-run stand for the 9th wicket but it wasn’t enough as the target was too stiff for the Dharmapalians to chase down.