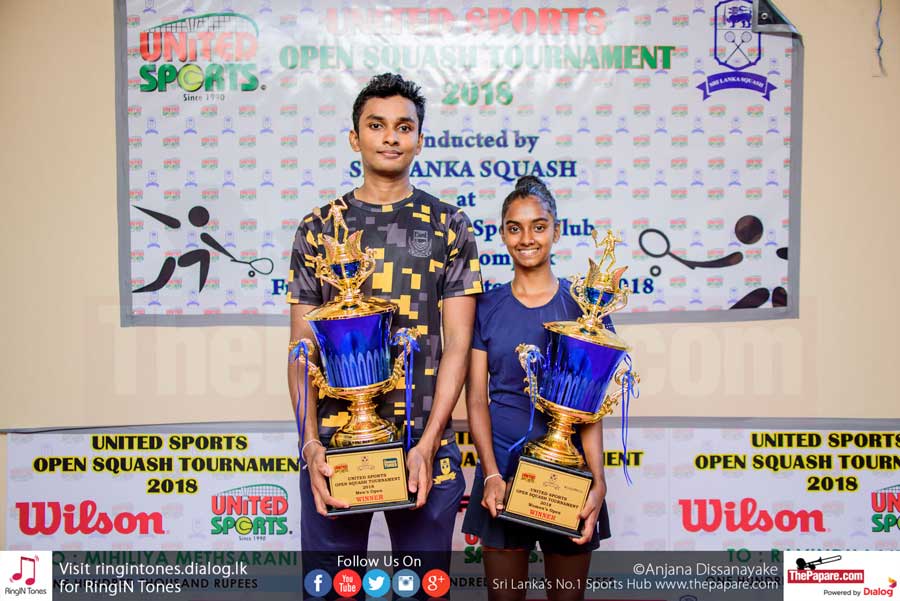 The Women’s final was a thriller, with the two girls going neck-n-neck in a tightly contested final battle. Fathoum Issadeen and Mihiliya Methsarani were the first ladies pair to bring Sri Lanka Squash to an incredible rank of 7th in Asia. Both players hold similar world ranks of 208th and the quality of play in the final was a treat to the eye.

However, in an unfortunate turn of events with uninformed referees and some questionable calls on court, Issadeen was stripped of the title, leaving her compadre Methsarani to retain the championship title for the year 2018. The final scores read 11-8, 7-11, 11-5 and 11-6 in favour of the defending champion.

The tournament hosted junior events starting from the girls and boys under 9 category all the way to the Over 50 veterans’ category.