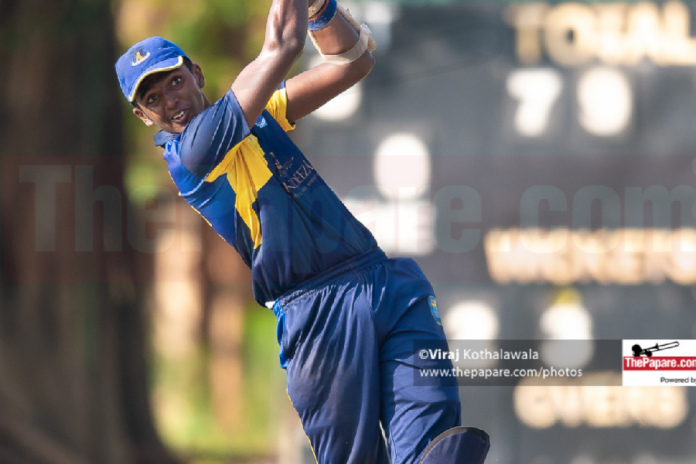 The first game of the tournament, which was supposed to be played between Mode Engineering and John Keells Group (A), was abandoned due to rain at MCA Grounds, Colombo.

Hayleys Group (A) comprehensively defeated Hatton National Bank in the second game of the tournament worked off today at MCA Grounds. Due to the rain, the match was reduced to a 14-over game.

After having been put into bat first, the Hayleys batters posted a massive 166/9 in the allotted 14 overs thanks to Lasith Croospulle’s brilliant knock of 71 off 30 balls with 2 fours and 7 sixes at a strike rate of 236.67.

Madawa Warnapura was the pick of the bowlers for HNB (A) as he bagged 4 scalps for 13 runs. In reply, the HNB batters posted only 126/9, handing a 40-run win for Hayleys Group. The left-arm seamer Kalana Perera (3/19) and right-arm seamer Lahiru Samarakoon (2/24) shared 5 wickets among them.