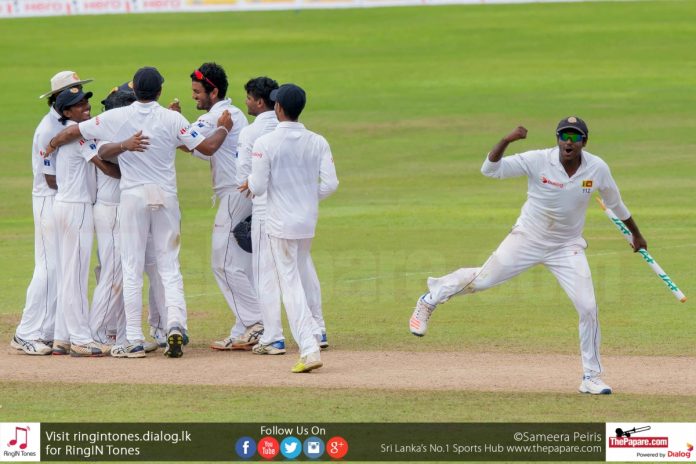 Cricket is just a game but at times it breaks down even the elite sportsmen. More recently, people have had nightmares playing Australia and some players have quit midway through a series. Marcus Trescothick returned home from an Ashes tour and so did Jonathan Trott a few years later. Angelo Mathews then did the unthinkable when he captained a young Sri Lankan side to whitewash the Aussies 3-0. Australia have been always competitive during their tours of Sri Lanka but in 2016 Mathews side dominated them like never before and regained the Warne-Murali Trophy.

It wasn’t one of those series where Mathews dominated with the bat – he made just one half-century in six innings. But the way he led the side was remarkable and he was well backed up by the team management comprising Head Coach Graeme Ford and Team Manager Charith Senanayake.

“I always believe that a captain is only as good as his team. We played some terrific cricket in that series and all credit to the boys for a fantastic effort and the coaching staff,” Mathews told ThePapare.com in an interview.

While Rangana Herath was named Man of the Series for his 28 wickets; that also included a hat-trick in Galle, there were several other young players who made vital contributions during crucial junctures against Steve Smith’s side.

“Rangana was our most experienced player and he was awesome bowling us into victories in every game. But then you need runs as well to defend and the way some of the young players performed was sensational,” recalled Mathews.

“The series was a major breakthrough for someone like Kusal Mendis. We knew he had the potential and that he was a special talent but to do that at the biggest stage of the game against the likes of Mitchell Starc, Josh Hazlewood and Nathan Lyon was truly remarkable. We had been bowled out for 117 in the first innings and had conceded a significant lead. Then Mendis came and played a blinder. He won the game for us and that was the turnaround in the series.

Prasad not ready to throw in the towel

Mendis scored a chanceless 176, his maiden Test hundred. A double hundred was there for the taking for the 21-year-old but then Mendis did what Mendis usually does – throw away his wicket.

While Mendis stole the show at Pallekele, it was up to another young player to deliver in the final Test at SSC – Dhananjaya de Silva. Walking in at 36 for five, DDS posted 129 to set up the whitewash. It was his debut series as well, yet he finished as the highest run-getter from either side scoring 325 runs in six innings.

“We were in deep trouble at SSC after electing to bat first. Then Dhananjaya and Dinesh Chandimal had that partnership and took us out of woods. Throughout thee series we performed exceptionally well and when we were in trouble someone put up the hand to deliver. Everyone chipped in,” recalled Mathews.