A 2nd half questionable penalty gave Bangladesh a 1-0 win against Sri Lanka in the opening match of the SAFF Championship 2021 in the Maldives.

Both sides took their time to settle into the match but Bangladesh looked to keep possession. Sri Lanka playing with a new midfield combination of Asikur Rahuman and Chalana Chameera – who were converted from defenders – lacked the link which showed throughout the 90mins.

Apart from a couple of inspired plays from Waseem Razeek Sri Lanka failed to challenge the goalkeeper. Statistics showed Sri Lanka failed to register a single shot on target for the whole game. As time went on Bangladesh came into the game and had a few chances towards the end of the 1st half. One of which, a header, needed a brilliant save from Sujan Perera at his near post.

Bangladesh dominated the 2nd half while Sri Lanka, who replaced Asikur Rahuman with Mohamed Fazal, failed to muster any attack with Razeek being heavily marked.

Just before the hour mark, Bangladesh was awarded a penalty for a handball by Duckson Puslas, who was sent off for his 2nd bookable offence. However, replays suggested the incident took place outside the penalty box. Topu Barman sent Perera the wrong way to score as the heavens opened up.

Mistakes crept into the Sri Lanka game and they were lucky not to slip in more goals. Sri Lanka bore the brunt of some questionable decisions by referee Taweel Feras with the ever calm Sujan Perera also losing his cool with the referee. 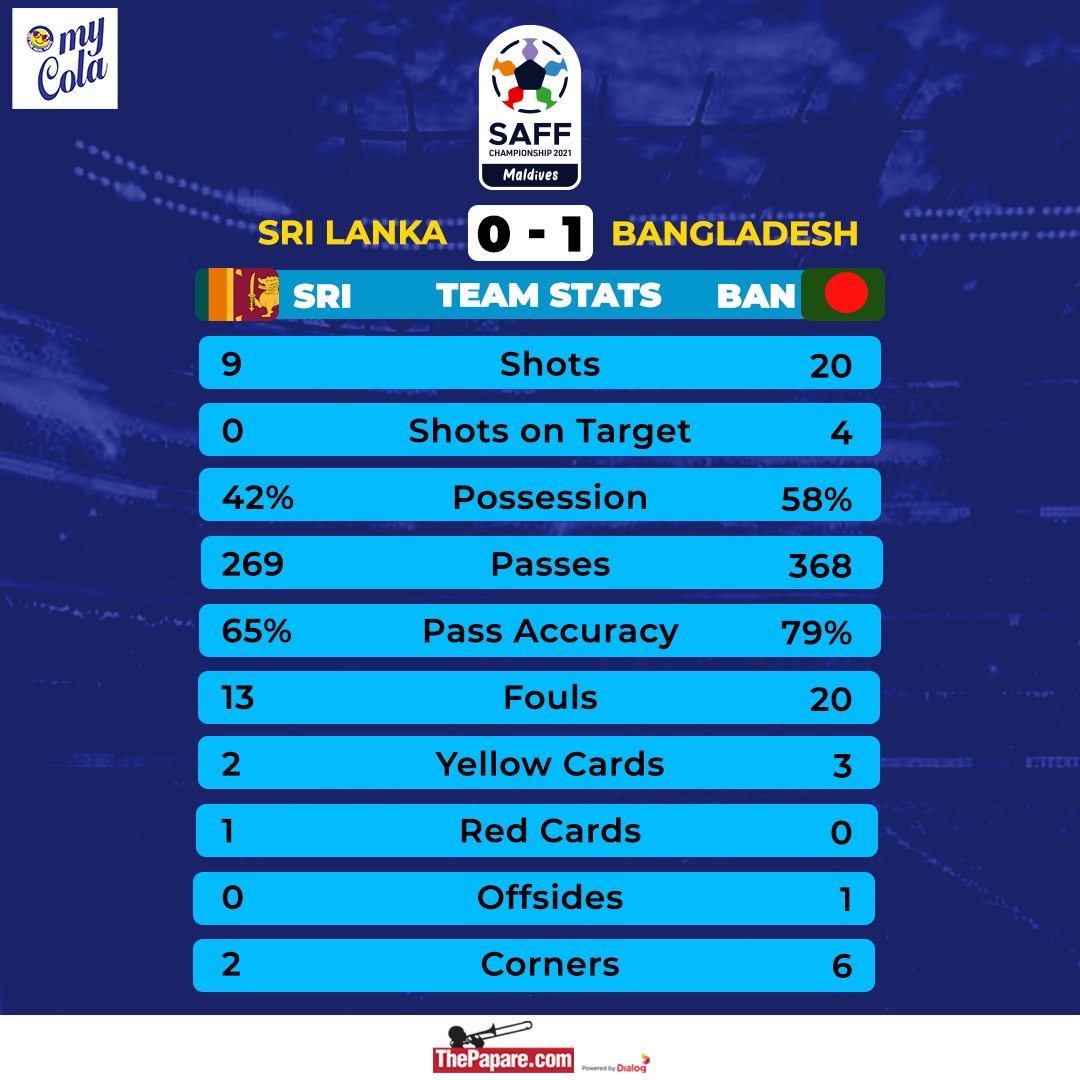