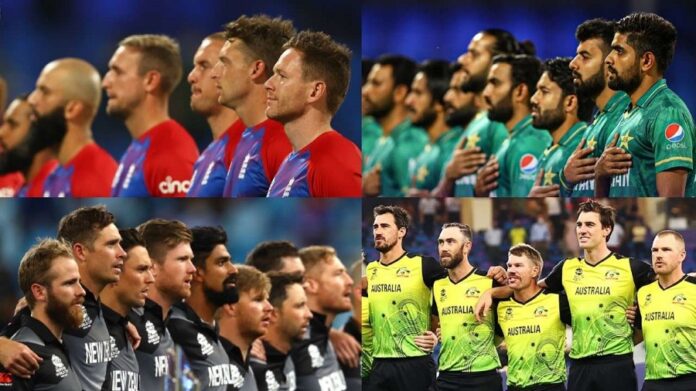 Former Sri Lanka Captain Marvan Atapattu has picked Pakistan as the ‘favourites’ to win the ICC Men’s T20 World Cup 2021 in the UAE.

“It’s not easy to beat the Pakistan team in the UAE. These conditions are very close to their home conditions. The length to bowl and the shots to play, I think they can even do that in their sleep. They are so familiar with the conditions.” Atapattu said during a virtual media interaction with a few Sri Lankan journalists covering the 16-team competition.

With Pakistan being the only unbeaten side in the Super 12 stage, they will be brimming with confidence going into the semis later this week. They last won the competition in 2009 when they defeated Sri Lanka in the final in England.

Pakistan will take on the high-riding Australian outift in the second semi-final at Sheikh Zayed Stadium in Abu Dhabi on 11th November, while the 2019 World Cup winners in the 50-over format, England, will take on Kane Williamson’s New Zealand side in the first semi-final, scheduled to be played on the 10th of November in Dubai. The final will be played on 14th of November in Dubai. All three games are scheduled to commence at 7.30pm (Sri Lanka time).

“I saw a YouTube video recently where Pakistan fast bowler Haris Rauf bowled on a road in a tape ball cricket match. The length you bowl and the shots they play in these wickets aren’t new to them. A good team has to have a really good day to beat the Pakistan team in these conditions. This is my honest opinion. I did not think a team like India would get eliminated this fast. I was pleasantly surprised by what Sri Lanka did. So there can be surprises. The England team is really good. But they came so close to be beaten by Sri Lanka. They also admitted that Sri Lanka was the only team that gave them a good fight. So if you tell me to choose a team out of the four, I will chose the Pakistan team.” Atapattu further stated.

Pakistan, led by ICC’s Number 1 T20I batter, Babar Azam, have won all 16 T20Is they’ve played in the UAE so far. They topped Group 2 beating arch-rivals, India, New Zealand, Afghanistan, Namibia and Scotland. During their 5 wins, five different players, in left-arm seamer Shaheen Shah Afridi, opening batter/wicket-keeper Mohammad Rizwan, middle-order batter Asif Ali, fast-bowler Haris Rauf and seasoned middle order bat Shoaib Malik won the Player of the Match awards, to showcase the all-round depth in their side. They will also be the only Asian team competing in the knockout stage of the tournament this year.

England, despite losing the final Super 12 game against South Africa on 6th November, topped Group 1 with 4 wins out of 5 matches. Australia and New Zealand ended as the second-ranked teams from their respective groups with 4 wins each.

Both, Pakistan and England have won the T20 World Cup previously in 2009 and 2010, while Australia and New Zealand are yet to be crowned T20 world champions.