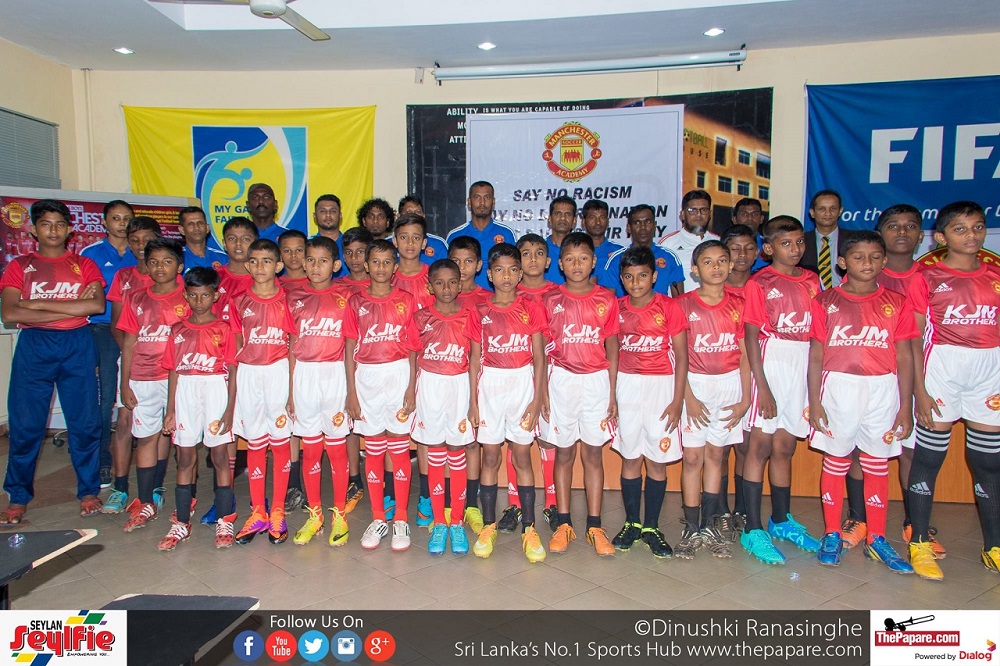 Under the vision of Augustine George, also the president of the MSA the academy will commence with the services of various former Sri Lankan football players such as Kasun Jayasundara, Mohomed Ishadeen and Upeka Wanigasekara.

One of Sri Lanka’s veterans in football and coaching Roomy Pakeer Ali, an A grade license holder in coaching will be the technical director of the programme. The media release was to officially declare the academy open as the initial session will be held on the 25th of March at the Race Course International stadium.

The objective of the academy is to produce quality players to the junior and senior national football teams of Sri Lanka. It is identified that the grassroots require nurturing and upbringing in order to build competitive teams for the nation.

At present Sri Lanka have three key coaching academies under the guidance of Sumith Walpola (Saunders), Maxi Leital and Ishmail Mohomed (Java Lane) and Mohomed Kabeer (Kelaniya). Besides that, there is one outstation academy located in Matara under Mr.Lalith. Most predominant players who have represented Sri Lanka have emerged from the outskirts of the island and the MSA hopes to reach out far and wide in finding these hidden talents.

Speaking as a Guest of Honour, former president of the FFSL Ranjith Rodrigo mentioned

“We wanted to start three coaching academies under the FFSL over the years but couldn’t. I’m grateful that these former leading players have come forward with their vision in upbringing young talent. These coaches are holders of C grade licenses and they too will learn and grow into A grade coaches in future. Grassroots is key for any strong future team as it builds a solid foundation”.

The MSA plans on building international ties with various academies worldwide. Mr. Muheeb Jeeran the International Relations Director has made plans to extend the programme worldwide to provide much needed exposure for these young kids who aspire to represent the nation in near future. He believes the international ties will develop not only the standard of the young talent but the quality of the sport as a whole. His vision is to bring up the MSA as the No.1 football academy in South-East Asia in the near future.