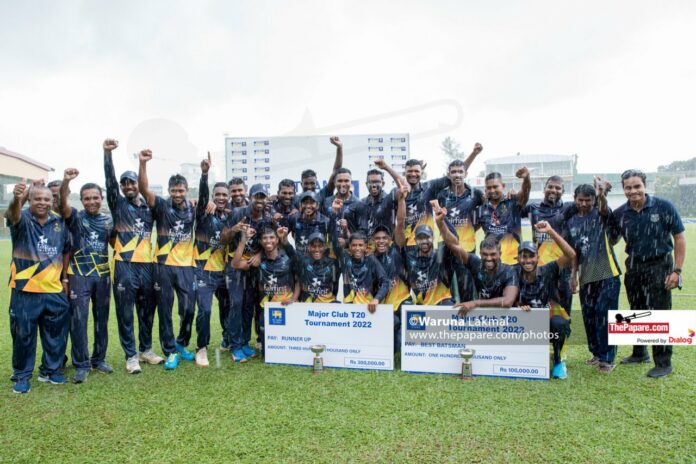 After the successful completion of the Major Clubs T20 Tournament where Army Sports Club walked out as the champions, the next chapter of this year’s Club Cricket season is all set to kickoff.

The 26 teams have been divided into 2 groups with 13 teams each, and one team will play once with all the other 12 teams in the group. After the Round Robin group stage, the top 2 teams from both the groups will play in the semi-finals, which will be followed by the finals.

The group stage will commence on the 27th of June and will go on till the 23rd of July. The two semi finals are scheduled to be played on the 25th of July while the finals will take place on the 28th.

As the group stage will clash with the test series between Sri Lanka & Australia, some of the major names  will miss this tournament.

Stay tuned to www.thepapare.com for all latest news, stats,  developments etc. from the tournament.