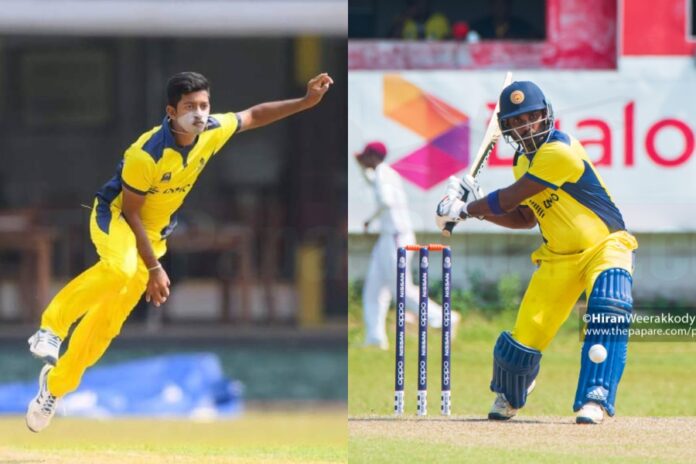 Army Cricket Club secured their place in the final of the SLC Major Clubs Limited Overs Tournament as they defeated Ace Cricket Club by 123 runs in the 2nd semi-final of the tournament, which was worked off today (30th) at NCC Grounds in Colombo.

Having won the toss, Army Cricket Club posted a competitive total of 246 runs in 48.2 overs. The right-hand batter Seekkuge Prasanna, who opened the batting for Army CC, got them off to a blistering start by scoring 89 runs off 66 balls with 6 fours and 6 sixes at a strike rate of 134.84.

In reply, Ace Capital CC only managed to post 123 runs in 27.4 overs, handing a massive 123-run win for the soldiers. The two leg spinners Seekkuge Prasanna and Suminda Lakshan starred with the ball, taking 4 wickets each for Army CC.

The first semi-final encounter, which was supposed to be played between Tamil Union Cricket & Athletic Club and Colombo Cricket Club, had to be postponed for tomorrow due to the unsafe pitch conditions in Colts Cricket Grounds in Colombo. The match has been shifted from Colts Cricket Grounds to SSC Grounds in Colombo. Accordingly, the final of the tournament will be played on 02nd August at the SSC Grounds.

Result – Army CC won by 123 runs & qualified to the Final