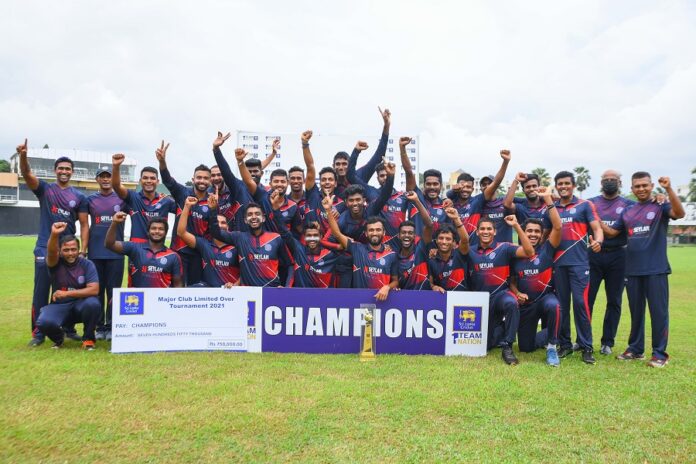 Ragama CC Skipper Ishan Jayaratne won the toss and invited Tamil Union to take the first lease of the wicket. Tamil Union batters got off to a shaky start losing the opener Navod Paranavithana and number three batter Damith Perera inside the first powerplay, restricting them to 22 for 2 at 8.2 overs.

However, Supun Kavinda and the Skipper Sadeera Samarawickrama resurrected the innings to certain extent by adding 38-run stand for the third wicket. However, with the dismissals of Kavinda (42) and Samarawickrama (34), Tamil Union lost their way as the flurry of wickets restricted them to 181 for 9 in the allotted 50 overs.

The right hander Santhush Gunathilaka held one end, top-scoring with 47 runs off 76 balls with 4 fours, but there was not enough support for him from the other batters.

It was an excellent collective bowling effort from Ragama as Ishan Jayaratne, Nipun Malinga, Kalhara Senaratne and Janaka Sampath starred with the ball, snaring 2 wickets each.

In reply, Ragama CC opening pair Nishan Madushka and Saminda Fernando gave them a decent start putting on 41 runs in 10.5 overs. However, after their dismissals, the pressure mounted on Ragama CC batting order as rushed to a 36-run defeat at the end.

The leg spinner Jeffrey Vandersay, who has been in terrific form with the ball throughout the tournament picked up a match winning 5-fer for Tamil Union.