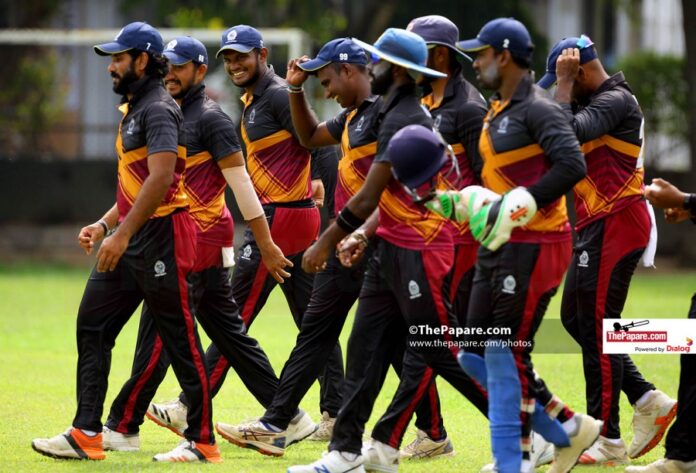 Kurunegala Youth Cricket Club and Police Sports Club moved up to second place in points table of Group A and Group B respectively with their wins over Kalutara Town Club and Bloomfield Cricket Club in SLC Major Club Limited Over Tournament worked off today.

Kurungegala Youth Cricket Club comprehensively defeated Kalutara Town Club in their Group A encounter worked off today at Surrey Village Grounds, Maggona. After being put in to bat first, the lads from Kalutara crumbled to 97 runs in 36.1 overs.

The 28-year old right-arm fast-medium bowler Dinushka Malan was the best on the show with the ball for Kurunegala YCC as he snared 4 wickets for just 16 runs. It was a walk in the park chase for Kurunegala YCC which they hunted down in 23 overs with 6 wickets in hand.

With this convincing win, Kurunegala YCC bolted into second place in Group A with 11 points after 6 matches.

In the other encounter held at Police Park in Colombo, the hosts Police Sports Club registered a resounding win over Bloomfield Cricket Club late this afternoon.

Having been asked to bat first, Bloomfield were restricted for just 136 runs in 31.5 overs. The 27-year old leg spinner Supun Madushanka was the mainstay of cops’ bowling line-up where he scalped 3 wickets for 25 runs.

In the pursuit of the target of 137 runs, Police batters faced an early setback but managed to hold their nerves to cross over the finishing line with 4 wickets in hand. Denuwan Rajakaruna (29) and Tillakaratne Sampath (26) gave a good account for themselves with crucial knocks to propel the cops to victory.

Police SC who were ranked 7th in Group B prior to this encounter, advanced up to second place in Group B with 8 points after 7 matches.