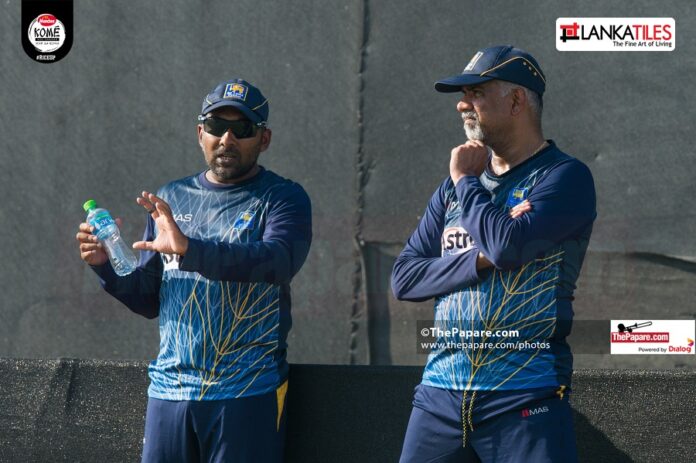 Before joining the Sri Lanka team bubble on 10th October in Abu Dhabi, after completing his coaching stint with the Mumbai Indians in the Indian Premier League, Jayawardene worked in England during The Hundred for Southern Brave. ‘Bubble fatigue’ is one of the main reasons for his exit midway through in the competition.

“I just counted that I have been in quarantine and bubbles for 135 days and counting  since June and I am in the last leg. I told them (the team) that I will be with the group with the technology that we have. I hope that anyone can understand, being a father, I haven’t seen my daughter for that many days, I think (I) definitely need to get back home.” Jayawardene told a group of Sri Lankan journalists covering the World Cup in the UAE.

Before joining the team physically, Jayawardene provided key input and made several changes to the makeup of the team during the team planning stage prior to the tournament, which commenced last month in Sri Lanka.

From Head Coach Mickey Arthur to captain Dasun Shanaka, all members in the tour contingent have benefitted massively from Jayawardene’s presence as a Consultant. He spoke on five important aspects which he worked on through his short stint with the team. 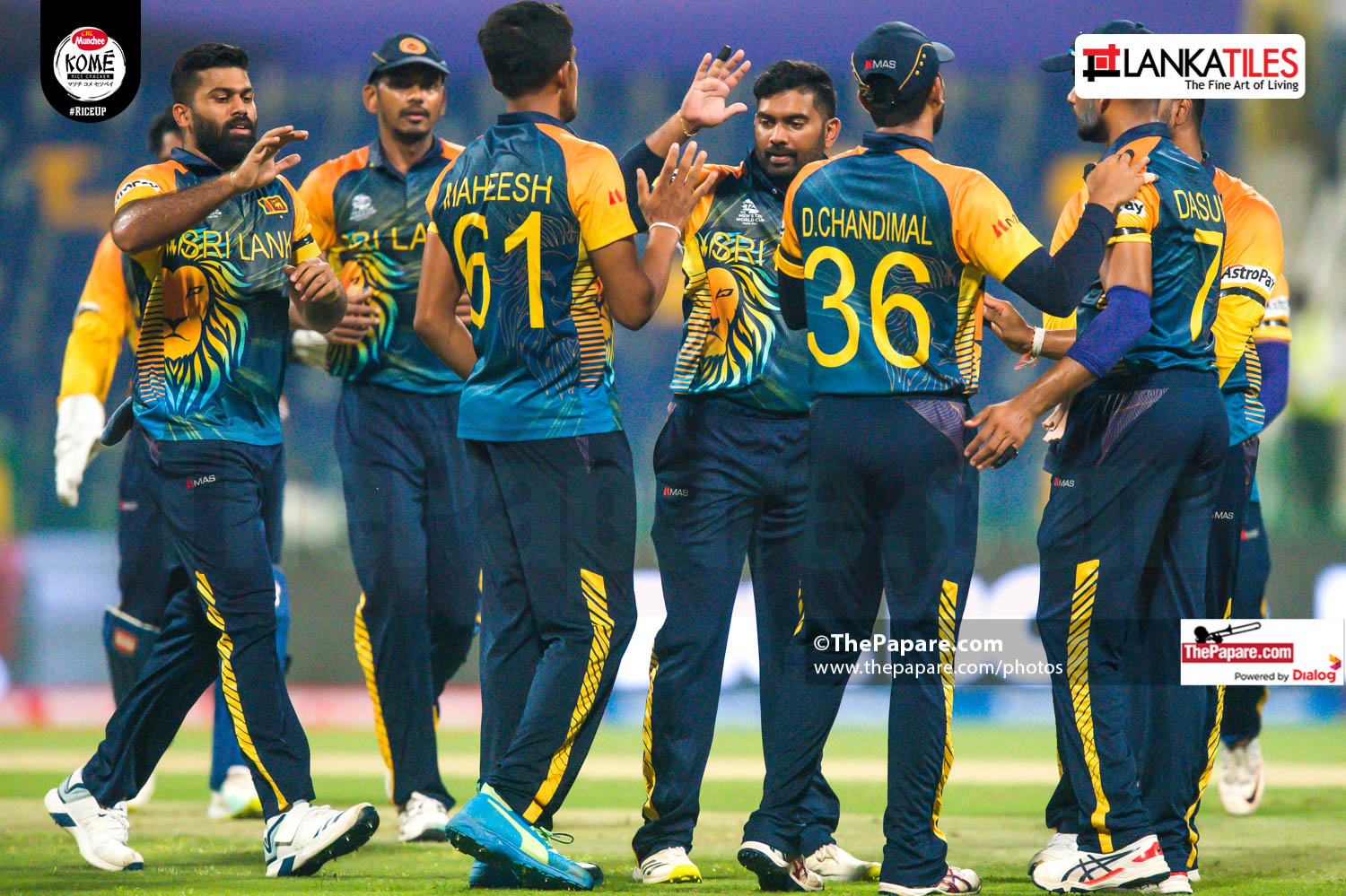 Jayawardene, a well-reputed coach around the world, wanted to make sure Sri Lanka play the shortest format of the game with a fearless attitude. Sri Lanka, a team struggling in T20 cricket over the recent past, have won six matches at a stretch which includes the two unofficial games against Oman, two warm-up games and two round 1 clashes up to now.

“The main thing was role clarity for players and what needs to be done in T20 cricket. The biggest thing I realised and spoke to the coaches as well about was the fear of failure . Playing at that level of T20 cricket you need to play without that. Otherwise, it’s difficult to get hold of certain situations and put pressure back on the opposition. We have spoken about this individually. Especially the batting area is something we still need to work quite a bit on and continue to do so. “ 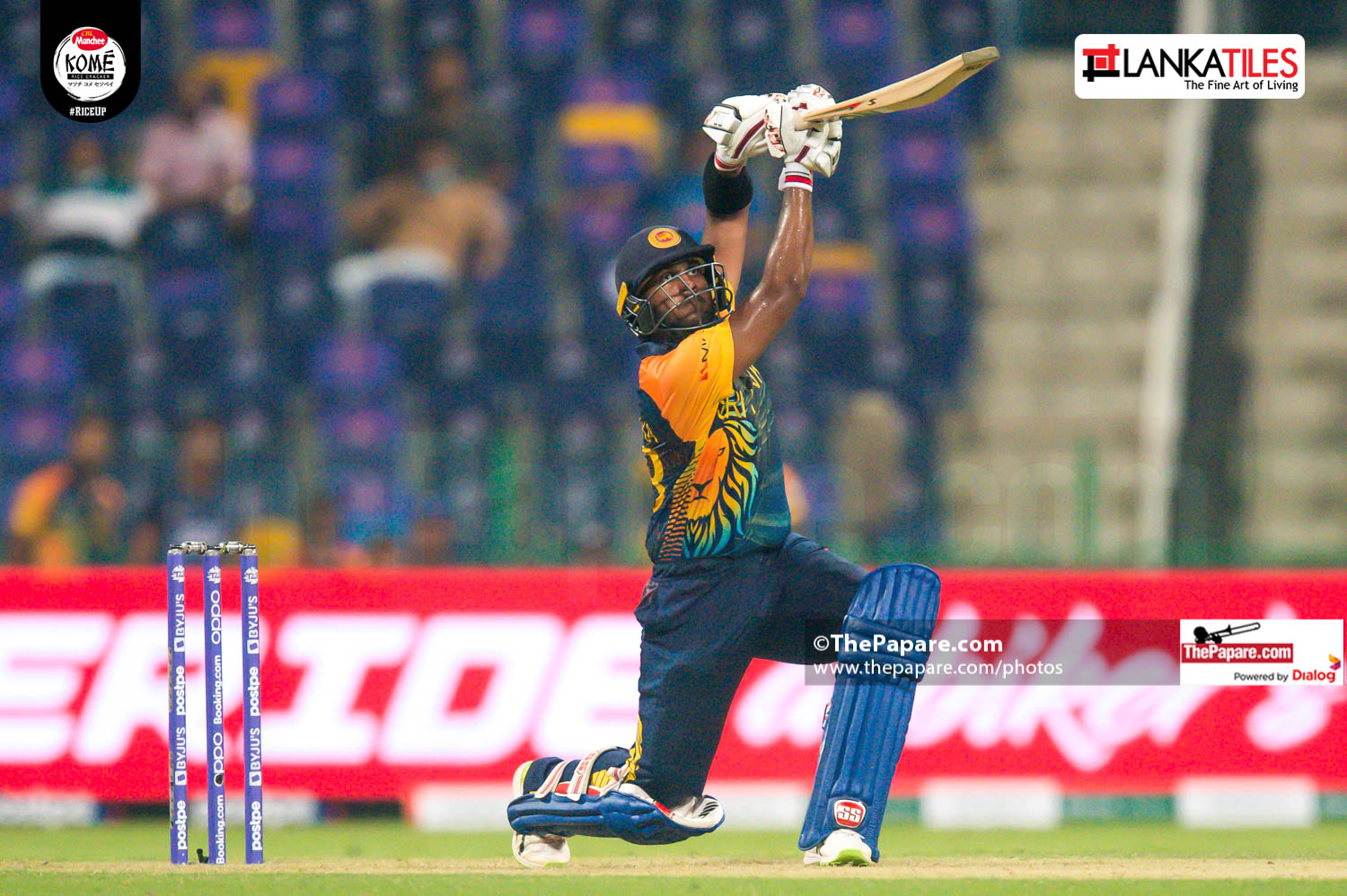 Head coach Arthur and skipper Shanaka admitted last week that Jayawardene had used data analysis in planning out the batting lineup. He led the charge in changing Avishka Fernando’s batting position to number 4 after Fernando had had a lean run as an opening batter in T20Is. However, at No.4, he has proved to be valuable for Sri Lanka with a string of good scores in the middle-east.

“What we have done is that, especially with Danushka Gunathilaka and Kusal Mendis out of this T20 group, we needed to create a bit more power in the middle which we lacked . Being top heavy wouldn’t have fitted when you are going into a competition, you need to have that spread of different players coming and doing those things and continuing the tempo. To break that we needed to do something with Avishka. Yes, there were certain issues with Avishka as well where at the top, he was finding it difficult against certain bowling matchups.  So we wanted to take away that element and give him a different role to play. I felt that he also had the game to do it and obviously when you look at his stats against certain bowler types, we could see his strength.” 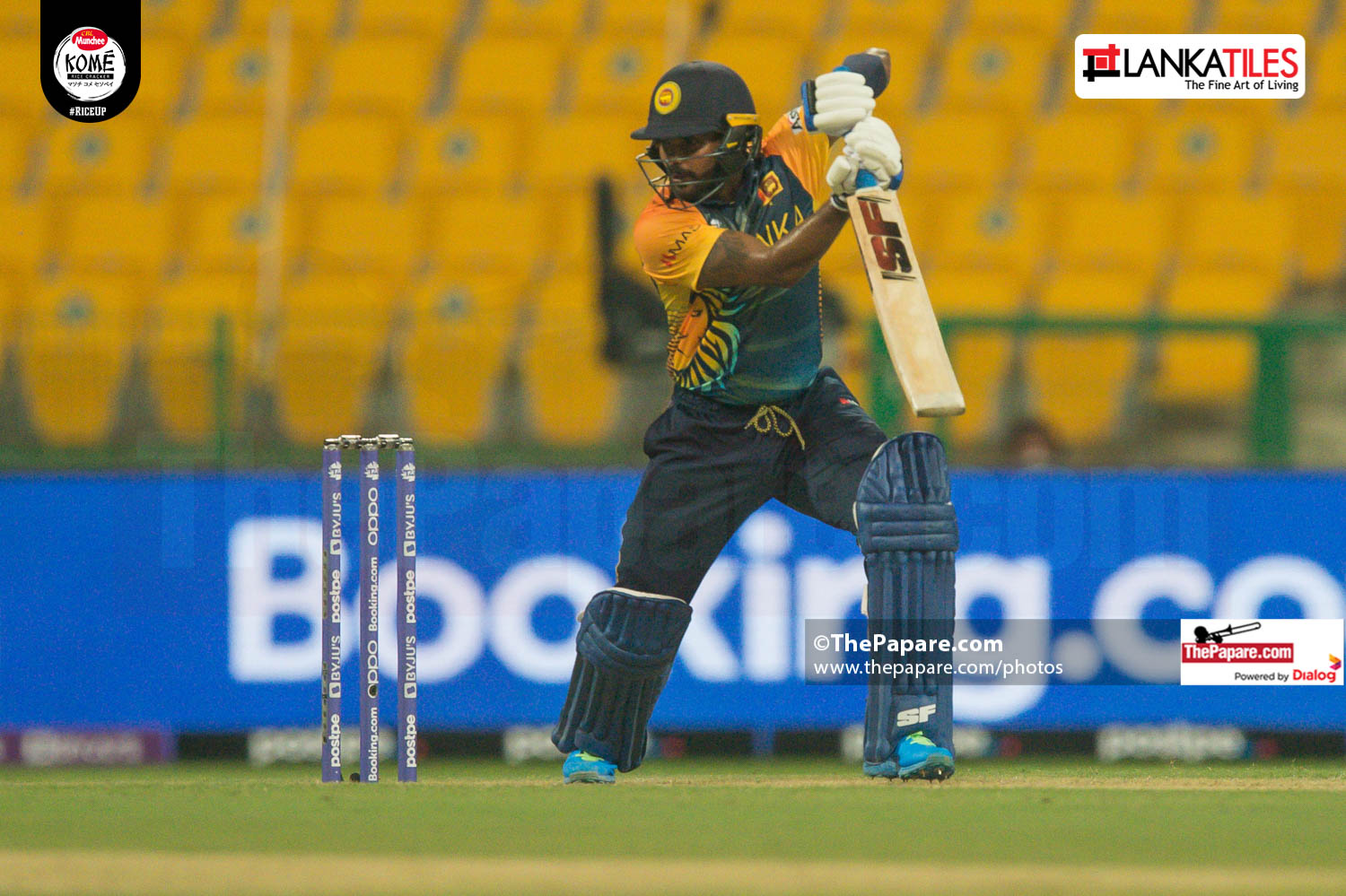 After being 3 down for just 8 runs, Wanindu Hasaranga came in at no.5 against Ireland and changed the game completely with a whirlwind 47-ball 71 which ensured Sri Lanka qualified for the Super 12 stage with a game to spare. Jayawardene was the mastermind in promoting Hasaranga, who is set to be a ‘floater’ throughout the tournament.

“With T20 Cricket, it’s the small phases that take the game away from anyone. It can be 4 to 5 balls. If I take Wednesday’s match as an example, that six balls that Wanindu played in the powerplay – the 6th over against the off-spinner [Simi Singh], it was about getting us tempo and putting pressure back on Ireland. And, we knew that match up was there and Wanindu has that option and obviously they made a mistake by bowling a spinner in the powerplay against him and he took advantage. So, it’s crucial that in a T20 game, for you to be able to control those situations and be ready for those matchups. That’s something that as coaches we try and make sure you’re ready and you have done that homework and that the players are ready for those kinds of situations. “ 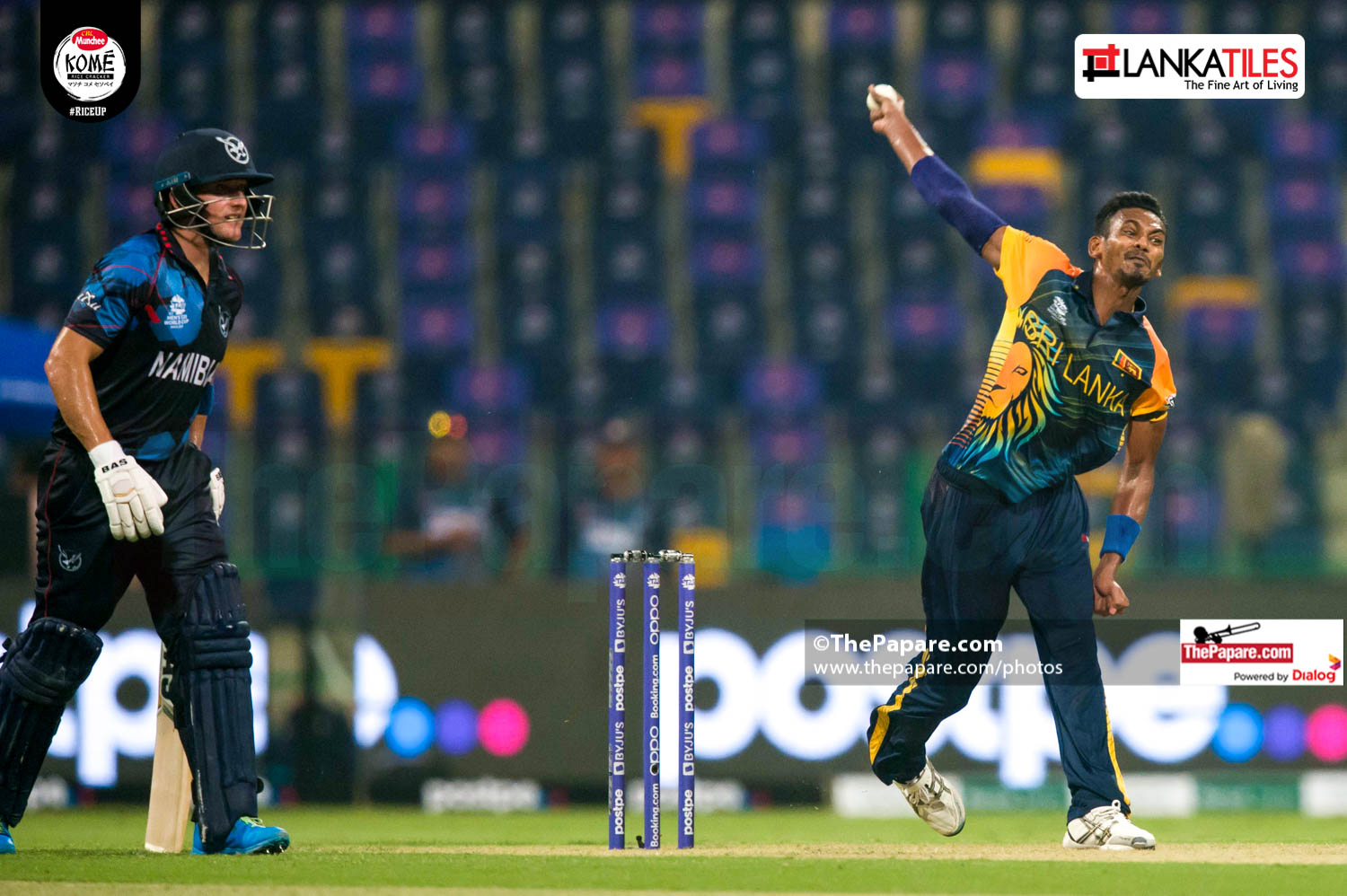 Sri Lanka have made an early statement in the competition with all three seamers – Dushmantha Chameera, Lahiru Kumara and Chamika Karunaratne clocking speeds well over 140 kmph against Namibia and Ireland. Sri Lanka’s seam bowling attack have been on point so far. Kumara in particular was a late addition to the squad as a replacement for injured all-rounder Lahiru Madushanka.

“I have always believed that bowlers win tournaments not the batsmen. So having a bowling group who are capable of creating those opportunities is important. Specially against good batting lineups, the only way to control those lineups is by picking up wickets and having that attacking option. So, you need to have that fire power with pace or spin. Having spoken to Vaasi [Chaminda Vaas] even before the tournament, he was quite happy the way Lahiru [Kumara] has progressed and he has worked hard on his skills, especially the yorker. He is actually very confident in executing that. Dushmantha [Chameera] has come a long way in the last 12 months. Skill wise, he is probably one of the top bowlers in world cricket at the moment. So, having these younger guys developing their skill and having confidence gives us little bit of edge in a T20 game. Throughout 20 overs, we have been able to attack whether it’s powerplay or in the middle overs. Even Chamika [Karunaratne] has been bowling well so we have given him a couple of different roles to play, now even with the new ball where we think he can make an impact.” 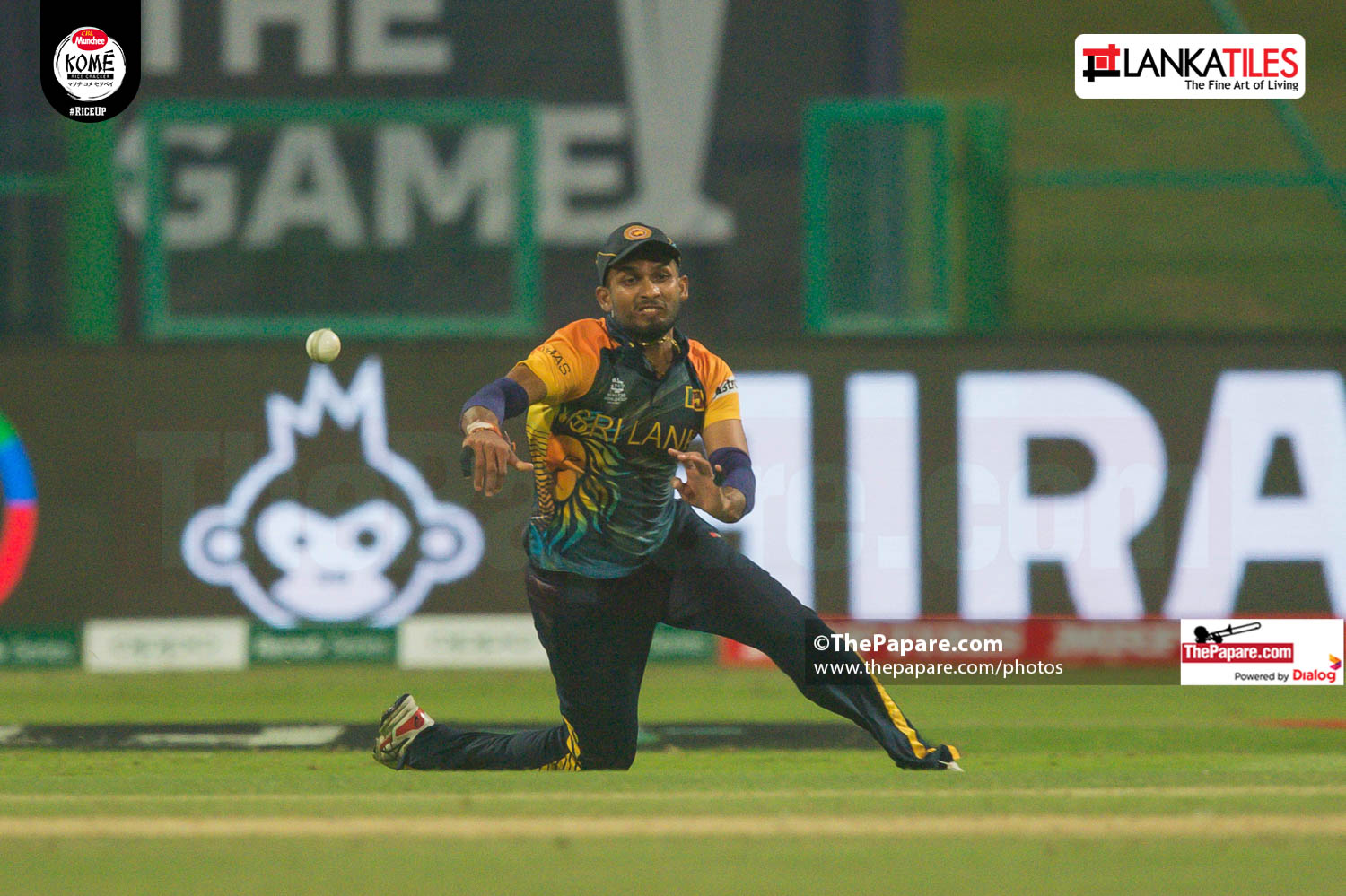 Known to be one of the finest cricketing brains Sri Lanka has ever produced, Jayawardene was a brilliant, tactful captain during his time. Now, as a consultant coach, he has imparted those virtues to the younger generation. In a high-pressure tournament like this, the captains play a massive role in making sure a team stay on the correct path. Sharpening Dasun Shanaka’s captaincy skills and instincts is another area Jayawardene has worked on.

“I think Dasun’s quite capable of handling situations. But, you have to understand he’s quite young and inexperienced as well. He needs a lot of guidance and help. We’ve created a leadership group within the team to try and give him that help he needs out there in the middle because it’s not easy to remember all the plans and executions in a match. We have that group within the team to help Dasun and he’s quite open to new ideas and whatever we’re trying to introduce. So, that’ll give him much more confidence going forward and adaptability, because what we’re trying to create is that instinctive response out there in the middle to certain changes. The opposition might have different plans, the batsmen might have changed their situational awareness and attack a certain bowler or play a different role not within what we have planned so that’s where Dasun needs to be proactive rather than reactive to those situations. We’ve spoken through those lines and he’s improving every day which is good to see.