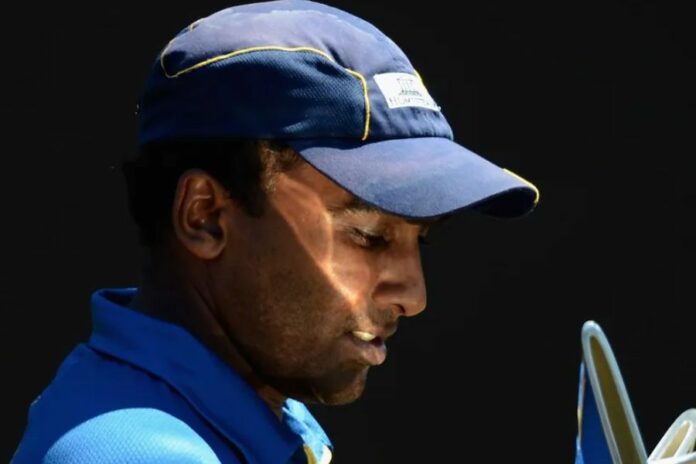 Sri Lanka legend Mahela Jayawardena has been officially welcomed into the ICC Hall of Fame, rewarding a career packed with runs across the three international formats. We look back on Jayawardena’s extraordinary career.

One of the great batters to ever play the game, Sri Lanka’s Denagamage Praboth Mahela de Silva Jayawardena set new standards in both Test and white-ball cricket, playing 652 times for his country in a remarkable 18-year career.

A technically elegant but unfussy batter, Jayawardene made his debut for Sri Lanka in a Test against India in 1997, setting in motion an international career that helped establish Sri Lanka as a world power in the sport.

Wristy flicks and picture-perfect cover drives were seen time and again as Jayawardena racked up historic numbers throughout his career, but it was his ability to play the ball almost impossibly late that set him apart, with a cut shot behind square arguably being the trademark of his 360-degree game.

And while Jayawardena’s flawless technique could have been lifted straight out of the Test textbook, he also developed a string of experimental white-ball shots in the latter part of his career, most notably the scoop.

Jayawardena’s numbers in Test cricket speak for themselves.

The relentless right-hander became the first Sri Lankan to pass ten thousand Test runs, finishing his career as the ninth highest men’s run-scorer in history, with 11,814 at an average of 49.84.

He is also one of an elite number of men’s Test batters to score more than 30 centuries, with the Sri Lankan finishing with 34 to his name, level with Younis Khan, Sunil Gavaskar and Brian Lara. Only five players in history have scored more.

And Jayawardena’s seven career Test double hundreds puts him behind only Lara, Kumar Sangakkara and Don Bradman in the all-time list.

His 374 against South Africa in Colombo in 2006 is the fourth-highest individual score of all-time, and the highest by a Sri Lankan.

And the partnership he put on with fellow Sri Lanka legend Sangakkara in that first Test against South Africa reached 624 runs, making it the highest partnership for any wicket in the history of the game.

The weight, quality and consistency of Jayawardena’s run-scoring was extraordinary, and the fact he did so while captaining for 38 Tests makes his achievements even more impressive.

And while his incredible red-ball feats with the bat are the standout feature of his Test career, the Sri Lankan was also a gun fielder, particularly in the slips. In total across his 149 Test matches he took 205 catches, one of just three non-wicketkeepers to bring up the double ton in Test cricket and second only to Rahul Dravid’s 210 in 15 more matches.

In fact, across all three formats, nobody has taken more international catches without the gloves than Jayawardena. In total he snaffled 440 Test, ODI and T20 catches for Sri Lanka, 76 more than Ricky Ponting, the next best in the all-time list.

Jayawardena’s legendary status is not just based on his Test excellence. The diminutive batter also helped establish Sri Lanka as one of the leading white-ball sides in the world during his time, reaching five finals of ICC tournaments and winning his last one in 2014.

With Jayawardena in the team, Sri Lanka reached the finals of the 2007 and 2011 Cricket World Cups, with Mahela more than pulling his weight.

In 2007 it was his outstanding unbeaten 115 that steered the side to victory over New Zealand in the semi-final, only for Australia to win the final on Duckworth-Lewis Method. And in 2011 Jayawardena top-scored in the final with another unbeaten century (103*), only for India to chase it down in a tense finish.

While Jayawardena’s side may not have got over the line in 50-over World Cups, his individual numbers are extraordinary.

Only Sachin Tendulkar played more ODI matches in his career than Mahela’s 448, and 12,650 career runs put him in the top five all-time scorers in the format. And in the field Jayawardena was unsurpassed, taking a record 218 ODI catches.

Jayawardena was a cornerstone of Sri Lanka’s successful T20I side that reached three of four ICC T20 World Cup finals between 2009 and 2014.

Mahela and his teammates were beaten by Pakistan at Lord’s in 2009 in his first T20 final disappointment. And they fell at the last again in 2012, despite Jayawardena top-scoring in both the semi-final and final.

But Jayawardena got the ICC World Cup trophy that his glittering white-ball career deserved when his Sri Lankan side beat India in Dhaka in 2014, with the man himself setting the platform in the run-chase after the loss of two early wickets.

That was his final T20I game, with Jayawardena opting to retire from the format on a high after being on the winning side in a major white-ball final at the fifth time of asking.