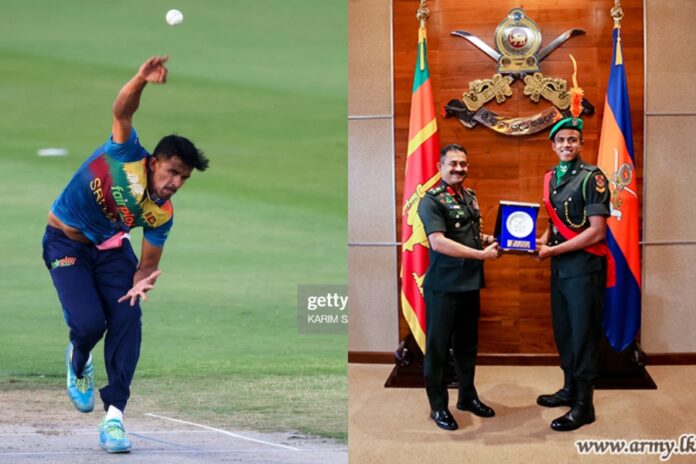 Sri Lankan spinner Maheesh Theekshana has been elevated to the rank of Sergeant in the Sri Lanka Army.

The Commander of the Army – Lieutenant General Vikum Liyanage, appreciative of his international achievements afterward awarded financial incentives to Sergeant Theekshana extending his best wishes for the future.

The Army-groomed sportsmen and sportswomen who shone distinctively in the field of international sports were invited yesterday (20th September) to the Commander’s office at the Army HQ to receive appreciative compliments and cash incentives.