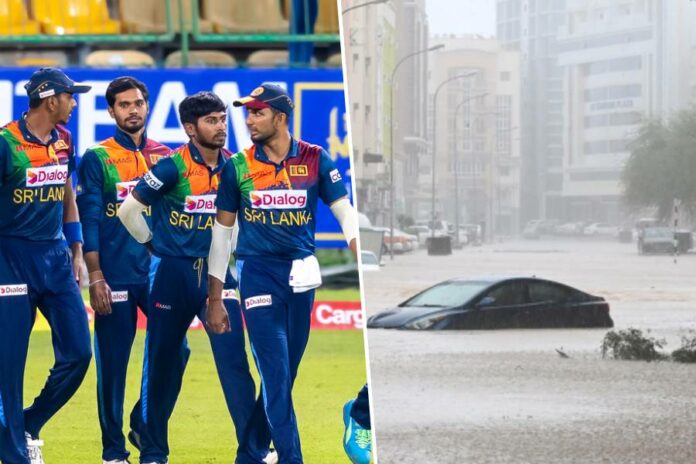 The team, led by all-rounder Dasun Shanaka were initially scheduled to leave Sri Lanka on Sunday morning in a chartered flight but due to the Cyclone warnings, the flight had to be delayed twice.

However, the authorities are hoping to board the flight on 4th October (Monday) despite reports emerging of ferocious winds and heavy rain, flooding of streets in and around Muscat – the capital of Oman.

Oman is scheduled to host Sri Lanka in two T20Is on 7th and 9th October at Al-Amerat Grounds in Muscat. If the bad weather persists, there is a possibility that the two games might be cancelled as well.

Sri Lanka is hoping to use these two games as preparation for the ICC Men’s T20 World Cup 2021, which starts on 17th of October. More importantly, the two games against Oman is set to help Sri Lanka finalize their 15-member squad before the deadline on the 10th of October.

Sri Lanka will play Namibia, Ireland and the Netherlands on 18th, 20th and 22nd of October respectively in Round 1 of the 16-team tournament.