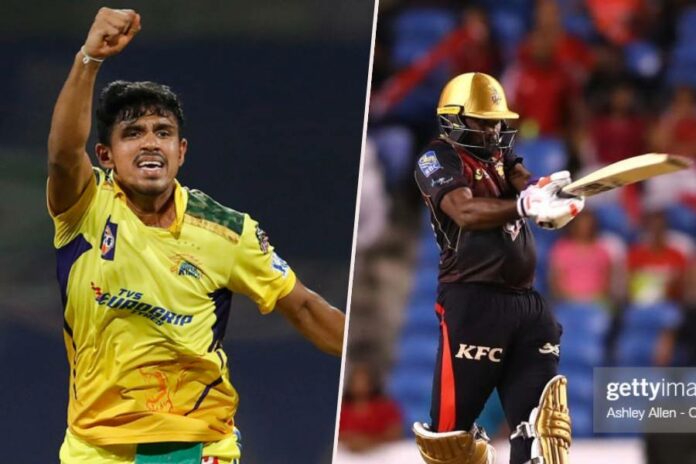 The tenth season of the Caribbean Premier League is scheduled to begin on the 30th of August.

Four-time Champions Trinbago Knight Riders, owned by Shah Rukh Khan and Jay Mehta of India have announced 5 overseas signings for the upcoming season, among them are Sri Lankans Seekkuge Prasanna and Maheesh Theekshana.

37-year-old allrounder Prasanna, who played for the Knight Riders back in 2019 has been brought back to the franchise and along with mystery spinner Maheesh Theekshana, who had a successful stint with Chennai Super Kings in the IPL earlier this year.

Along with the 2 Sri Lankans they have also signed two New Zealanders in Tim Seifert and Colin Munro and American pace sensation Ali Khan. They will begin their quest for a 5th title on the 1st of September against St. Lucia Kings.

Knight Riders, who won the CPL trophy in 2015, 2017, 2018 and 2020 will be looking forward to having another successful season with the signing of the above-mentioned names. To join with these international stars they also have a star studded local lineup featuring former West Indies captain Kieron Pollard, current limited overs skipper Nicholas Pooran, powerhouse Andrew Russell and sensational spinner Sunil Narine.