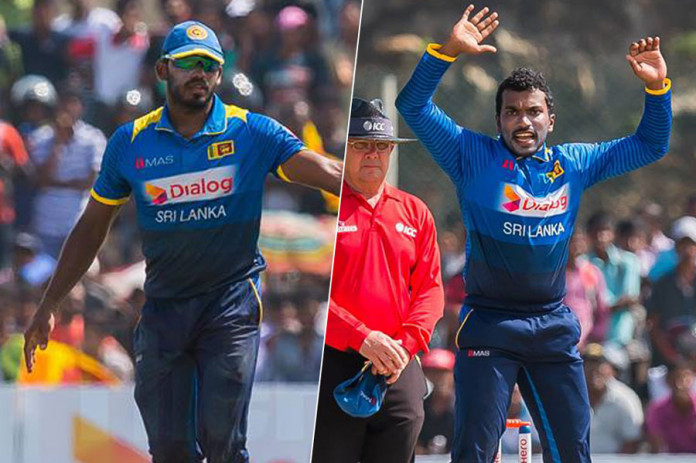 The national selectors who received an extension of their term earlier today, have dropped fast-bowling all-rounder Lahiru Madushanka and left-arm spinner Amila Aponso for the remaining three ODIs against Zimbabwe, the first of which will commence on Thursday (6th).

With his side struggling in an arduous duel, Malcolm Waller was a lone fighter..

Madushanka managed to face only 1 delivery in the first match and bowled two expensive overs while Aponso leaked 77 runs in 8.4 overs with the ball. Both players were then axed for the 2nd ODI.

Read: The importance of good fielding in Cricket

Chamara Kapugedara and Suranga Lakmal, who were added to the squad prior to the last game in Galle will remain with the squad for the next three ODIs as well. They were brought in as cover for Kusal Mendis and Lasith Malinga who were down with viral flu.

All four players who were infected with the viral-flu, Malinga, Mendis, Gunarathne and Sandakan, have recovered fully and were seen training in Sooriyawewa today in preparation for the 3rd match.

The five-match series is now leveled at 1-1.