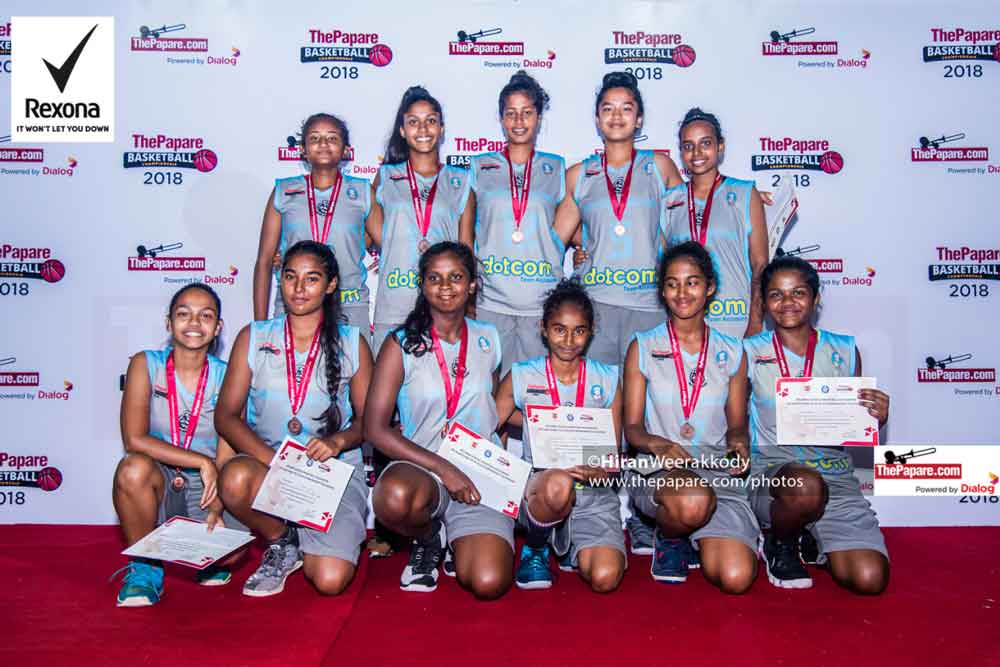 Both teams struggled to find the net early in the game as they looked to settle in. Nevertheless, as Lyceum International School Wattala(LISW) continued to struggle, Gateway took an early lead in the game in a low scoring first quarter.

However, LISW did find their rhythm and began to score points later on in the quarter. Back to Back threes from LISW’s Captain Hazeena Abdul and converting second chance points due to offensive boards thanks to LISW’s Luban Morseth saw LISW lead the quarter by 2 points.

With the momentum being in LISW’s favour and as they further improved their defence with a man to man strategy, LISW managed to get some steals and by opting for fast breaks, managed to extend the lead further to 7 points.

Nevertheless, Gateway College(GC) fought back, scoring much more efficiently in the latter part of the half, finding better offensive plays to cut the lead back to 2 points.

As the intense game progressed, couple of mid rangers from GC’s Sandali Liyanage helped GC retake the lead early in the third quarter. However, throughout the quarter the game went back and forth as both teams stepped up their offensive game.

With much more intensity than the first half, LISW’s Mihinsa De Alwis sunk a shot from behind the arc to take the lead to 2 points late in the quarter. Nevertheless, GC’s key player Sandali Liyanage with another mid ranger, managed to tie the game at 31 all heading to the final 10 minutes of the game.

The same intensity continued towards the final quarter as both team fought hard to continue on a scoring run. With mid rangers, lay ups and shots from behind the arc from both teams, the game went down to the wire with LISW having the upper hand leading GC by 1 point.

After a timeout being called by LISW, a tactical change was observed late in the game in the defensive end. With a half court press pressurising the opposition, LISW managed to take some steals and convert it to points to extend the lead to 4 points.

Continuing the momentum late in the game and recording quite a number of steals and opting for fast breaks, LISW managed to come up with a victory in a thriller.

The Captain of Lyceum International School Wattala Hazeena Abdul speaking to ThePapare.com said “It was an intense game especially through the first three quarter. In the final quarter we made a slight change in defense and it worked, enabling us to come up with the victory”.