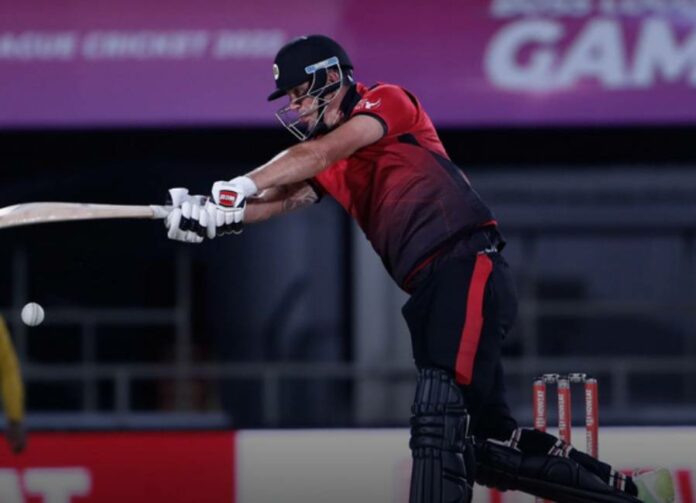 After being asked to bat first, Asia Lions got off to a poor start losing the opening pair Sanath Jayasuriya and TM Dilshan inside the first 4 overs for just 23 runs.

The man in-form Upul Tharanga built a crucial 43-run partnership for the 3rd wicket with Asghar Afghan but couldn’t go into post a substantial score as he was trapped in front for 22 runs. Afghan managed to top score for Lions scoring 41 runs off 26 balls as they finished the allotted 20 overs putting on 149 for 7.

World Giants chased down the target with ease thanks to a brilliant knock played by former England batter Kevin Pietersen who smashed 86 runs off 38 balls with 9 fours and 7 sixes at a strike rate of 226.32.

The final group stage game of the Legends League Cricket tournament will be played between India Maharajas and World Giants tomorrow (27th January).