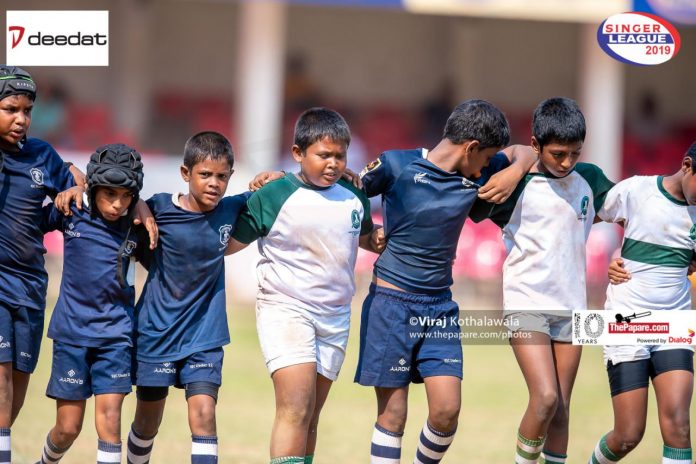 ‘Hit him’ ‘push him out’ ‘take him down’ ‘gahapan’. I was at a schools rugby match and this is all I kept hearing from fans of both teams.

It was just an Under 16 game. Yes, not even the 1st XV encounter. At 2.30 p.m in the afternoon with the Colombo sun scorching the stadium, when the 15/16-year olds were carving out their best, this is all THEY could hear.

The Singer Schools Rugby League competition is only second to national cricket in terms of fan following and passion and it attracts the attention of nearly a million people with the tournament played all around the country.

Rugby as a sport, stands for its core principles; integrity, passion, solidarity, discipline and respect (World Rugby). It is the reason why the sport has survived this long despite the high physicality.

How many spectators who turn up day in day out for the rugby games are aware of this? Keep the fans aside, how many of the schoolboy rugby players in the country are aware of the sport’s values when they put on those boots on and run onto the rugby field?

Instead, our rugby structure is fed with anger, insecurity and fear. Sri Lanka, the oldest rugby playing country in Asia is currently home to the second largest rugby representation, second only to Japan according to World Rugby.  Could it be one of the reasons that we as a country are unable to progress in the sport?

It is the Under 16 ten-a-side tournament in 2018. Two teams were playing their group stage game and I happened to sit just behind team A’s bench.

The kick-off whistle from the referee sounded, and from then it was like when a police officer makes a mess of traffic at a roundabout and the drivers hurl filth at him…the coach, an ex-player, barking out heavy instructions right from the kick off whistle and I was aghast.

His continuous charge of ‘gahapan’ combined with a set of adjectives didn’t seem to stop until the half time whistle. I felt utterly dejected as the other coaching staff were also following his footsteps.

The team, terrified, didn’t seem to understand head or tail and was in a state of confusion. In the midst of his screaming, he seemed to pick on one single player in particular. A player who didn’t look like he was 16 but had been included simply for his playing skill.

“You better play correctly. If you don’t, I will look into that in the bus” he grunted, gesturing aggressively.

The team didn’t win the match, but the looks on their faces seemed not to be sadness of losing but the petrified faces knowing that there are worse repercussions to come.

This was just one incident that I happened to witness. There are surely more. But what example are we setting the future generation with this?

The whole idea of having junior level rugby is to fine tune the skills of up and coming players and above all, it is about having fun. The fun aspect is essential because the ages of 14-16 is when many decide whether they want to pursue the sport or not.

Sadly, it has turned into a race with parents, old boys and coaches who are pursuing the objective of winning at all costs, even at junior level. At 1st fifteen level, the story is way different but first let us look at the junior structure.

At a young age, you expect players to develop their core skills and additionally develop teamwork, leadership and decision-making.  But can these objectives be met when there is pressure mounting from all sides to win at all costs?

Has the objective in playing the sport actually been achieved?

On another day in a top league match in Colombo, the under 16 game had pulled in a rather large audience. I presume the fans in front of me belonged to the home team. Every time the home team had the ball with them, they were in high spirits. Cheering the team forward.

But, every time the opposition team had the ball, things were very different.

It was constant dissing of the referee for every single action and every single step he took, booing the players of the opposing team and jeering at them.

If you’re an adult and you gain mental satisfaction in booing and jeering a 15-year-old, it speaks volumes of your character and the person you are.

It also means that, you make your child think that all what he did was right and it was the referee who was at fault and not you. This kind of mentality is going to affect he/she when they progress to play competitive sport or even in day-to-day life for that matter.

Life has taught us to be self-centered. Each and every one of us want the best for ourselves or for our kith and kin. There is nothing wrong with that and it is a rush of adrenaline and emotion for a parent to see their child on the field wearing his school jersey. But in the process of getting the best, we often seem to be destroying the future for them, perhaps unknowingly.

Today, the Singer Schools Rugby League is highly competitive with lucrative budgets and high expectations. Thousands turn up for each game, a couple more thousand watch it around the country and around the world. They have eyes fixated on each player. 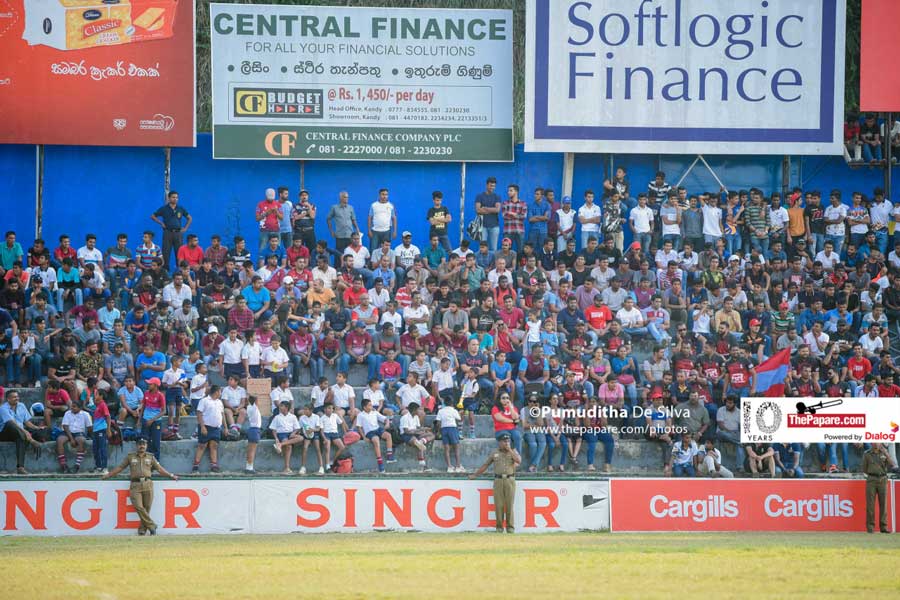 The expectations are high. But only a few seem to understand that they are NOT professional players. They are schoolboys who may be playing their first-ever tournament in front of such a crowd. They don’t take home a pay-check.

They are just 15 players who want to do their best for their school. For the jersey they wear.

It is quite unreasonable for anyone to be accusing any player personally on what they do on the field, they surely would’ve given their best.

You might be a coach, a parent or a fan but the responsibility vested in all of us, is equal.

Little steps we take can make a big difference. Sometimes what we do after we buy a ticket can go a long way.