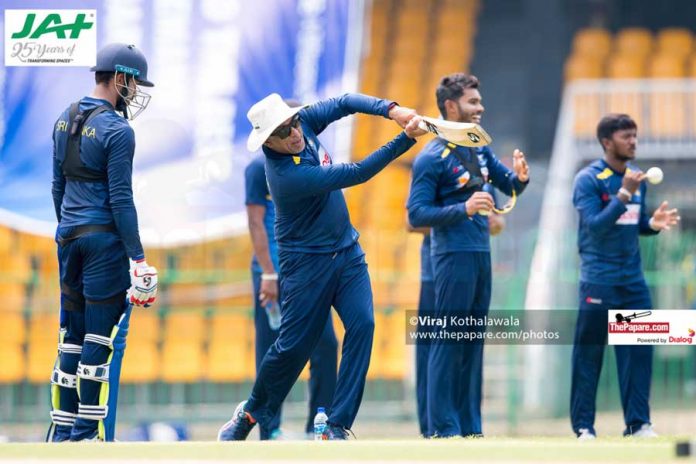 This may sound bizarre but I had to change the few paragraphs on top of the article as Sri Lanka just recorded a massive win over the World Number One team in the 50 over a game we love.

At a time this country is badly looking for heroes..

Before I go in detail about the real article I started writing during the 3rd ODI in Pallakelle which was a shortened game due to the blessings of the one above to keep up with the heat, let me just say, what a performance by Sri Lanka!

Legendary batsman Kumar Sangakkara in a tweet mentioned “Remember & Repeat” – something more important than the song our lions have found to sing after every win.

Going into stats, this was the highest win margin by runs against England by any team. This win is more special owing to England being the top team in the World.

Keeping the win aside from let’s look at the progression towards the makeup of the World Cup squad by Hathu during the past few months. Coach is clearly getting there. Sometimes it hard to understand a wise man.

Forget about Tests and T20s, Hathurusinghe has a plan for the ODIs for sure.

With the Sri Lankan Public not noticing that Sri Lanka have just played their last game on home soil before the ICC Cricket World Cup 2019, the sendoff for the team was not great compared to 2014 where a big crowd came into R.Premadasa.

Going into the World Cup what has Sri Lanka got to offer.

Let’s call this a wider World Cup squad, just what the All Blacks do to keep competition and make players work for their seat on the plane to the big tournament.

Niroshan Dickwella has had a total change of attitude at the wicket in the series, he looks more fluent and methodical when trying to time the ball rather than his forced shots which have got him in trouble during his 46-match International career. The young wicketkeeper looks solid when he plays orthodox cricket shots.

Sadeera Samarawickrama – This young talent can be a Jonny Bairstow for Sri Lanka. Elegant on the onside and a skillful batsman who can play some shots at the top of the order, meaning Dickwella can take his time in the middle.

Tharanga and Dhanushka will have to fight for the third opening slot in the current set up. Tharanga with more experience having been a part of two ICC World Cup Finals in 2007 and 2011 respectively will have his work cut out to prove he can cope with the new ball, eliminating his fiddle outside the off stump to the keeper/ slip. However, Dhanushka is a good prospect, apart from his disciplinary issues. Good attacking player on the V, plays with a straight bat, can manage short balls too. He has to prove that he can control is off-field activities and not spoil the team culture.

Read More: The Brown Wash, reliving the times of glory…

Discipline makes the best teams in the world.

The middle order is key and there is plenty of talent and experience in there.

The current crop, Kusal Mendis, Kusal Perera, Dinesh Chandimal and Dhananjaya de Silva can bat from 3 to 6 in any given situation, giving options for the coach and captain to shuffle the batting line up accordingly.

Kusal Mendis just made my sentence on him change when he showcased what a talent he is. For a player to have had a bad patch like him and to come and play a lofted straight drive over mid-off for six like he did, shows the class of the player. He is fantastic to watch when he is on song. With pitches expected to be good and true during summer next year, he can be one to watch if he peaks at the right time.

Kusal Perera is another exciting prospect and he displayed his role during the champions trophy game against India at the Oval last year. Meanwhile, Chandimal and Dhananjaya will stabilize the innings with their own strengths.

Running between the wickets will be crucial. It’s a trend that is improving within the camp. India is posting big totals because of making ones into twos and twos into threes. That’s how Kohli gains momentum to his innings.

Most of you might have a question as to why TWO fast bowling all-rounders are in the team.  This is all part of preparation for the World Cup and the English Conditions.

Then come the spinners; Akila Dhananjaya is the best out of the lot along with Lakshan Sadakan and Dilruwan Perera. Kamindu Mendis can be the X-factor if he makes use of the opportunity he may be given during the T20 game against England.

Akila provides the options of a wrist spinner and a finger spinner while Sadakan can come in handy with his wrist spinners if he can get his line and length right going into the World Cup.

Fast bowling is a strength for Sri Lanka. They bowlers have pace and skill but the execution is still a work in progress.

Nuwan Pradeep, Lasith Malinga, Dushmantha Chameera, Kasun Rajitha, Lahiru Kumara and Shehan Madushanka are all looking to make their spot in the squad of 15. It is a good problem to have with options.

Overall Sri Lanka has a shortlist of 21 players for 15 spots which have to be decided within 8 games, all in overseas conditions.

If they “Remember and Repeat” the performance against England, maybe we will see something special the World Cup.