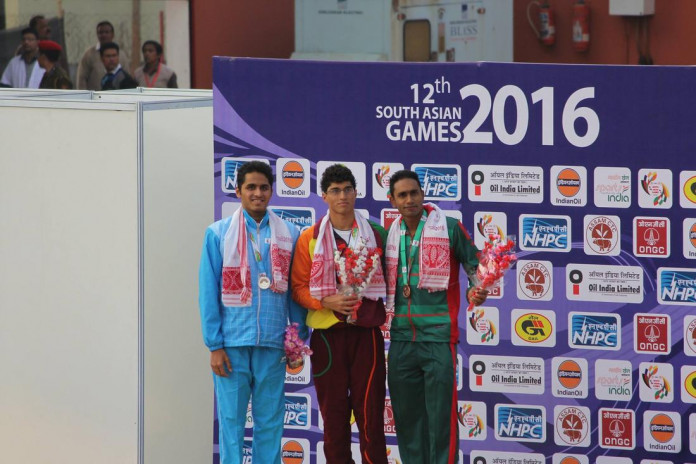 As of the 8th of February 2016, Sri Lanka ranks second in the medal table of the South Asian Games with eleven gold medals – eight of which have come from swimming disciplines.

Day two of the swimming events at the Dr. Zakir Hussain Aquatic Complex, Guwahati, India, saw the Sri Lankan swimmers win six medals in the seven events that were worked out.

In the Women’s 50m Free Style event, Machiko Raheem was 0.91 seconds behind her sister Kimiko Raheem who won the first gold for Sri Lanka for the day with timing of 26.49s.

Kimiko Raheem brought glory to her country once again in the Women’s 100m Backstroke event by coming in first with a timing of 01.03.78s. In the same event, Sri Lanka’s Vinoli Kaluaarachchi came in sixth.

The performances of the Sri Lankan swimmers from 6th February – 8th February are as follows: