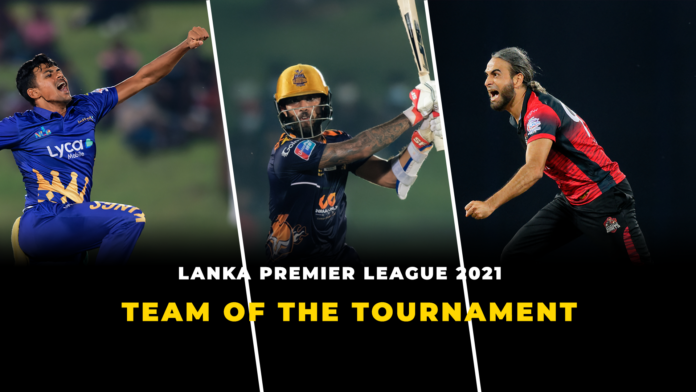 Season 2 of the Lanka Premier League is done, with the Jaffna Kings crowned champions. Both the Kings and their fellow finalists Galle Gladiators were undoubtedly the best teams of the tournament and so, our Team of the tournament, feature a number of their key players. 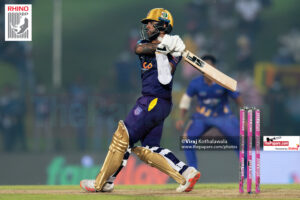 What a tournament the right-hander had. It would’ve been considered a good tournament by any classification, but the fact that he was coming off a ban, not having played competitive cricket for six months, made it even more special, as he finished as the tournament’s top run-getter. 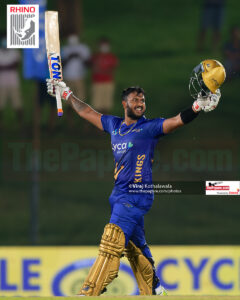 Avishka Fernando just pips out Dambulla Giants’ Phil Salt as Mendis’ opening partner after particularly stellar performances in the 2nd qualifier and the final of the tournament. The right-hander re-established himself as an opener in the tournament after spending some time down at No. 4 in the national team and had a season to remember, getting runs in crunch games. 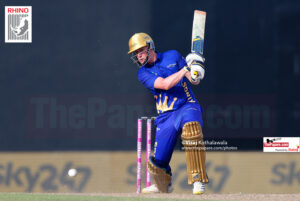 Fernando taking the opening slot off Salt meant that we had room for one more overseas pick and it goes to none other than the Champions’ floater Tom Kohler-Cadmore. The Englishman was a key to the Kings success with the bat this season and turned up in the big games too, including the final. 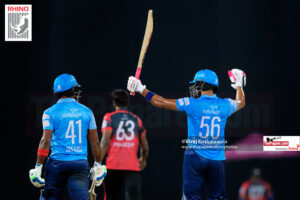 Dinesh Chandimal seemed a transformed man in Lanka Premier League Season 2. Despite being shunted up and down the order as the Colombo Kings tried to find a settled line-up, the right hander was prolific with the bat and managed to maintain a strike-rate above 150 through the tournament. Chandimal will also don the gloves in our Team of the Tournament. 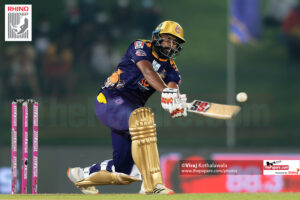 Rajapaksa did not dominate the run-charts but made some invaluable contributions in the middle order for the Galle Gladiators. His ability to shift gears was clear to see throughout the tournament, making him the ideal No. 5 in our team. 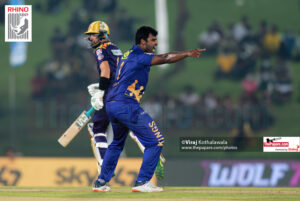 Thisara Perera came into the tournament short on game-time but provided the fireworks at the end for the Jaffna Kings on a number of occasions. Though not used with the ball early in the tournament, he contributed with a few wickets during the latter stages. As the Captain of the Champions, we didn’t need to look any further for a skipper for our Team of the Tournament. 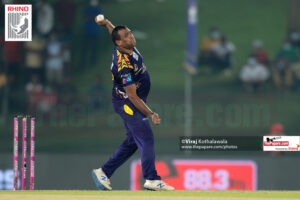 Usually, Samit Patel would be batting a little higher in this line-up but the batting all-rounder didn’t have much luck with his primary skill this season. However, with the ball, he was one of the most dangerous weapons for the Gladiators, getting some key strikes while also maintaining an economy rate below 6. He finished as highest wicket-taker of the tournament alongside Maheesh Theekshana. 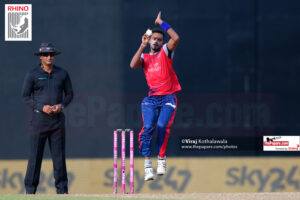 The tournament was one for the spinners, but Chameera was one pacie who shone and was reliable in the wicket-taking department. The right-arm quick was also the fastest bowler of the tournament and provided some much-needed venom to the Colombo Stars bowling. 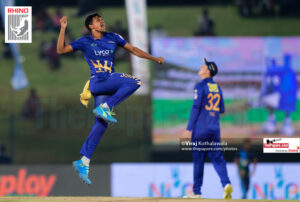 Maheesh Theekshana just came into his own in the tournament. Tasked with bowling in the powerplay, he was masterful with the new ball, picking up early wickets more often than not. Despite teammates Wanindu Hasaranga and Chathuranga de Silva registering better figures than Theekshana on a couple of occasions, the mystery spinner’s impact early cannot be overlooked. 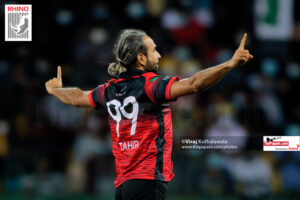 Tahir just showed his class throughout the tournament with ball in hand. The leg-spinner was a vital cog in the Dambulla line-up, used at all stages of the innings, whenever skipper Shanaka needed wickets and he did the job more often than not too. 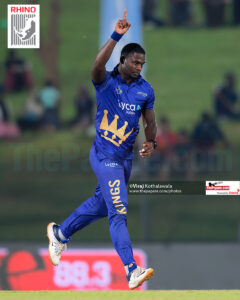 Seales surprisingly was not a regular in the Jaffna line-up midway through the tournament, but boy what an exciting talent he seems to be! Quick through his mark, the West Indian bowled with consistent pace and also had a knack of getting wickets regularly, no matter when he was brought on to bowl.

*Phil Salt (Dambulla Giants) – He ended at No. 3 in the run-getters list, but with Avishka Fernando and Kusal Mendis sealing the opening positions, unfortunately he missed out, despite having made in excess of 300 runs in the tournament.

*Jefferey Vandersay (Colombo Stars) – Vandersay continued his Major League form into the LPL and was a prolific wicket-taker for the Stars, despite not being a permanent fixture in the side through much of the tournament. He also registered the tournament’s best bowling figures, picking up 6/25 against the Kandy Warriors in a do or die league game.

*Angelo Mathews (Colombo Stars) – Mathews decided to open the batting for the Stars coming into the side in the 2nd half of the tournament. Though hampered by injury, the veteran played some impactful innings through the tournament.

*Nimesh Vimukthi (Kandy Warriors) – Probably the uncapped player of the tournament, Vimukthi was one of the few bright sparks in the Kandy Warriors’ dismal campaign. He didn’t get to play all the games, but picked up 10 wickets in 6 games with an economy rate of 5.70.

*Seekkuge Prasanna (Colombo Stars) – Seekkuge caught the eye with a blistering 32 off 6 deliveries against the Warriors but also had a decent tournament with the ball, finishing 5th on the wicket-takers list.

*Nuwan Thushara (Galle Gladiators) – The slinga was once again impressive, perhaps more so this season than in the inaugural LPL. Unfortunately, he didn’t have too much of an impact in the final, if he had, he may have pipped Dushmantha Chameera and made it into the team of the tournament.

So that’s how ThePapare.com’s Team of the Tournament lines up, think you can do better? Let’s see your team in the comment section!