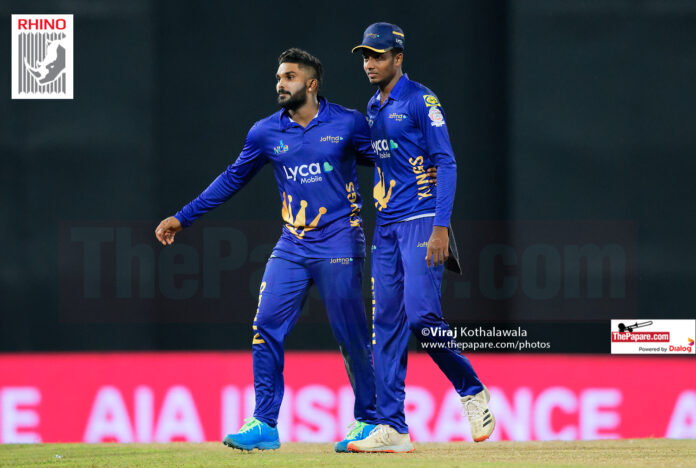 The Colombo Stars suffered another heavy defeat at the hands of the Jaffna Kings in Match No. 17 of the Lanka Premier League.

Batting first, the Kings were initially slow to get going, but once Tom Kohler-Cadmore struck 2 sixes off Ravi Rampaul in the 5th over of the innings, the Kings hit the accelerator. In fact, they would be disappointed they couldn’t cross the 200-run mark yet again against the Stars, who had conceded 207 in 18 overs the last time the two teams met in the competition.

Kohler-Cadmore (TKC) and Upul Tharanga, opening the batting, put on the highest partnership of the tournament so far (110) and TKC almost managed the 1st century of LPL season 2 but unfortunately fell for 92 when he was looking really dangerous.

The Stars were disappointing all-round, the bowlers had no bite and only Naveen Ul Haq was able to keep his economy rate below 8 runs an over.

But if they thought their troubles were done at the half-way mark, they were wrong – things only got worse for the Stars with the bat.

They didn’t look like they had a plan on how they were going to chase down 193, with the likes of Dinesh Chandimal, who is the only batter who had shown some kind of form for the Stars consistently in the tournament, pushed down the order while Angelo Mathews, Dhananjaya de Silva and Ashan Priyanjan occupied the top 3 positions.

They fell behind the eight-ball pretty early and never really recovered, bowled out for 91 inside 16 overs.

The Kings were impressive with the ball, as expected, with Vijayakanth Viyaskanth, playing his 1st game of LPL 2021 picking up 3 wickets and the ever-impressive Jayden Seales picking up 4.

After a loss in the 1st game of the tournament, the Kings have played some brilliant cricket in the next 6 games and will probably look to experiment some more during their last league game against the Gladiators tomorrow.

The journey for Colombo continues, they still need at least a point from tomorrow’s game against the Warriors tomorrow, if they are to go through to the playoffs (provided Kandy beat the Dambulla Giants tonight).